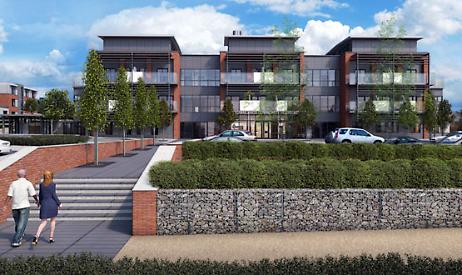 CONCERN is growing over the lack of parking enforcement at Townlands Memorial Hospital in Henley.

Patients are being forced to park in town centre car parks and walk to the hospital off York Road because the car park there is being routinely abused by drivers.

The culprits include people who work in the town centre and shoppers and there have even been claims of cars being left there for up to two weeks while the owners were on holiday.

Patients have reported having to circle the car park trying in vain to find a space.

Geoff Luckett, of Lime Court, Henley, said he had experienced this problem when attending a morning appointment at the hosptial two weeks ago.

Speaking at a meeting of Henley Town Council, he said: “I turned up 40 minutes early and couldn’t find a parking space.

“I circled around for 40 minutes and then parked at the house of a friend nearby and walked back.”

Mr Luckett said was he told by a receptionist and a consultant at Townlands that the problem had arisen since the enforcement cameras were removed and because there was no attendant checking.

“People are now using Townlands car park, sometimes all day, disappearing into the town to work, play or shop or whatever they do,” he said.

In April, enforcement company Smart Parking was told to leave the site with “immediate effect”.

The company faced repeated calls to be sacked following scores of complaints by patients and their relatives about unfair fines, as highlighted by the Henley Standard’s Not Very Smart Parking campaign.

The company lost its contract at the hospital last August but remained while a successor was found.

NHS Property Services, which owns the site, said it was negotiating a contract with a national car parking management provider to run all the health service car parks across the country but no firm has been appointed.

An interim provider was to be appointed for Townlands until a deal had been agreed but this has not happened.

Mayor Ken Arlett said: “Unfortunately, it has gone from the sublime to the ridiculous.”

“We have now got the opposite problem,” he said.

“I was there at 9am for a blood test. The GP surgery was full, the hospital car park was full, so I parked in the King’s Road car park.

“I was told four months ago an interim operator was going to be announced and that it was imminent.”

He said staff as well as patients were experiencing difficulty in parking, adding: “They do need to act because there’s a real problem on that site.”

Cllr Reissmann said he had passed on his concerns to Tony Griffiths, head of operational excellence at NHS Property Services.

Last month the Henley Standard reported how Yvonne Busby, from Caversham, was forced to walk 20 minutes to the hospital with a bad foot because she was unable to park in the grounds. She said the car park was a “free- for-all” and routinely abused by people not visiting the hospital.

Former Mayor of Henley Martin Akehurst said he had attended the hospital in June for a hearing aid clinic and the car park was full, even though he had parked in the King’s Road car park to help people in more need of a space than him.

Smart also lost its contract to monitor the car park for the neighbouring Bell and Hart surgeries following scores of similar complaints.

It used automatic number plate recognition cameras to log vehicles using the car park. Visitors had to enter their car registration number using a keypad at reception to receive free parking but many patients, some of them elderly, were issued with fines of up to £160 despite following the rules.

Smart was fired from a similar arrangement at Aldershot Centre for Health in May last year.

The company was employed by the GP surgeries in April 2017 due to concern about the abuse of their car park.

NHS Property Services said it was close to announcing a new national car parking operator, adding: “We regret the length of time it has taken to bring about a suitable solution.”