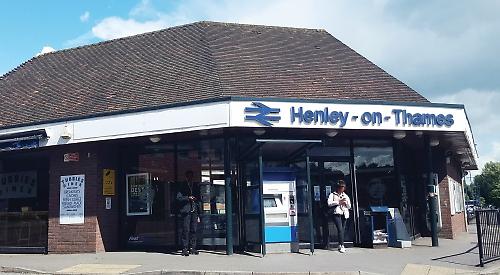 THE development of a 100-bed hotel at the Henley station car park would result in the loss of 18 spaces.

Network Rail commissioned a parking needs assessment as part of its plans to dispose of the land.

This looked at the level of parking required as well as who was currently parking there and their times of arrival and departure.

Henley Town Council’s planning committee wrote to the company in March, saying it supported the hotel plan in principle but was concerned about the loss of parking spaces.

Network Rail initially suggested that the development would mean the loss of 60 of the 321 spaces in the car park, which it said was underused, but now it says a far smaller number will go.

The area identified for the development currently provides 130 spaces out of the 321 in total.

A report prepared by transport planning consultants RGP, of Godalming, says: “The development would remove the existing 130 car parking spaces on the site and would
reprovide 70 on the site in a reconfigured arrangement, equating to a net loss of 60 spaces.

“As part of the scheme, however, a number of the existing spaces further east — within Network Rail land — would also be reconfigured in order to deliver 42 additional spaces.

“The car park would therefore have a total of 303 spaces post-development, with the overall net loss in parking provision equating to just 18 spaces.”

The parking assessment, which was carried out day and night on June 5, 6 and 8, found that there was surplus capacity at the station to meet future demand.

It showed that the maximum accumulation at any point over the three days was 260 cars.

The majority of people parking there were rail users (65 per cent) followed by contractor permit holders (20 per cent) and town centre and nearby businesses (15 per cent).

The report adds: “This remaining provision — 303 parking spaces — is sufficient to accommodate all identified existing users of the car park at all times in addition to any additional demands associated with the development proposals.”

“It is also important to note that the car park is privately owned, the primary purpose of which is for accommodating station users.

“While various other users park here, Network Rail is under no obligation to accommodate such parking demands.

“Notwithstanding this, the reconfiguration of the wider car park that would be undertaken as part of the scheme — and constructed at the applicant’s cost — would ensure that all the existing users of the car park can be re-accommodated, thereby ensuring that no displaced parking occurs away from this area.”

The report says the hotel would generate weekday parking demand of between 30 and 35 cars in the middle of the day and between 80 and 95 cars overnight.

On a Saturday, the hotel would be expected to require parking for between 40 and 60 cars during the day and 80 and 85 cars overnight.

Residents of nearby Wyndale Close have claimed the loss of parking spaces would lead to rail travellers parking in their street and that they would suffer noise and light nuisance from the hotel.

Wyndale Close Residents’ Association wrote to Network Rail saying that demand for parking spaces in Henley was growing and reducing the current number would exacerbate the problem.

It said that 20 spaces in the station car park were already reserved for workers at Hallmark House in Station Road and another 35 were leased by Invesco, the finance management company in Reading Road.