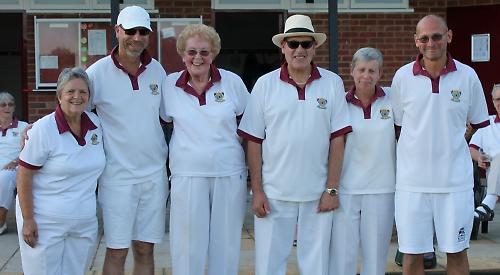 This in-house competition drew a total of six teams on what was an extremely hot afternoon which made for challenging conditions.

Once the teams were drawn, five rounds of four ends were scheduled with the two highest scoring (points) to play each other in the final.

Winning teams received two points and one point was on offer for a draw.

So the final saw Team E face Team F and the former were crowned 8-2 winners, meaning they finished the competition unbeaten.

Team F was the only side to take a point off them in the first round, probably as they had not quite got into their stride at that point. Thanks was also given to Pat Walker for organising the event.