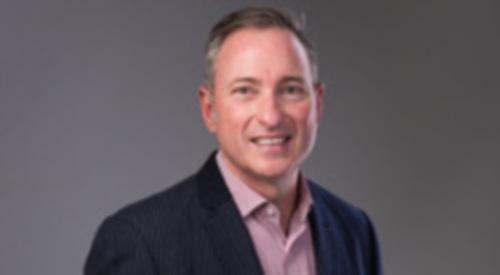 PETER MCCONNELL returned to Henley a year ago after three years in Australia and set up a new business, What Are Words Worth. His father was in the RAF and Peter was young when the family moved to RAF Medmenham. He attended Great Marlow School, Bucks College and the Polytechnic of Central London where he studied social science. He lived and worked in London until 1995 when he and his wife Amanda moved to King’s Road in Henley. He has been a keen rower since racing with Sir Steve Redgrave at school and sculls almost every day or, if it’s sunny, he’ll be out on his slipper launch, Wiltshire Lass. He enjoys travelling, good wine and music and plays the ukulele in a band called The Yoko Mainwaring Experience.

What did you do before?

The most recent thing I did before returning to Henley was shout at kids as I was a school rowing coach in Melbourne. My very first job was working on a building site with other rowers. Eventually I joined a magazine publisher and then when we moved to Henley I worked for an advertising agency in South Stoke. I then joined Blue Box Marketing in Friday Street and I could walk to work. In 2002 I was appointed marketing director at the River & Rowing Museum, where I spent five years and helped increase visitor numbers by 120 per cent. As budgets became more restrictive, there was less room for creativity so I went freelance using my experience in marketing to help other businesses. My favourite client was the Boat Race and I’m still its official archivist. Among many other activities, I was involved in the original Henley Food Festival and I ran Regatta Radio for 10 years. In 2012 I became Henley’s part-time town manager, which entailed promoting and working on the economic development of the town. Some of the initiatives I was responsible for were the shop front improvement scheme, the introduction of free wifi in the town centre, promoting the Midsomer Murders tours and developing the Visit Henley website. In 2015 my wife, who works for a major international consulting firm, was offered a three-year secondment in Melbourne, which is where we lived until we came home last year. My claim to fame while there was featuring in a few episodes of Neighbours.

To do something fulfilling that I was good at, where there was a clear market need and, of course, to make a living.

Apart from my wife, there were many former colleagues and business contacts in Henley who helped me see there was a real business opportunity for me.

I work regularly with a creative learning coach.

I would have started networking from day one.

What’s the best thing about running your own
business?

The variety of people and businesses I’ve got to know. The wealth of talent in this town is amazing.

I have a plan for where I’d like to be in two years, which involves an improved utilisation rate alongside regular work for a number of retained clients.

Actively listening to people is far more important than talking.

Think very carefully about what your market opportunity is and be absolutely certain that you’ll be able to make a living from it.

The ability to know where your business is and where it’s going. To know your numbers and to always be in sales mode.

I’m waiting to find out, but it never does any harm to be friendly — life’s too short to be miserable.

I’m surprisingly good at it.

Casual. My default style when meeting someone is a polo shirt.

What can’t you do/be without every day?

My Thesaurus, my phone and my laptop, the tools of my trade.

I like to vary it. If I have a deadline it will be a sandwich but if I have time I’ll go out and meet someone. Once in a while I’ll go sculling to clear my head and then work late.

I don’t think you ever stop learning but I don’t study formally beyond reading relevant websites and blogs.

Mainly modern literature. I love seeing how authors use the infinitely poetic variety of the English language to create art that you can only see in your mind. In my business it helps to learn from the best.

Ultimately to spend at least four months a year travelling but to still enjoy summer in Henley.