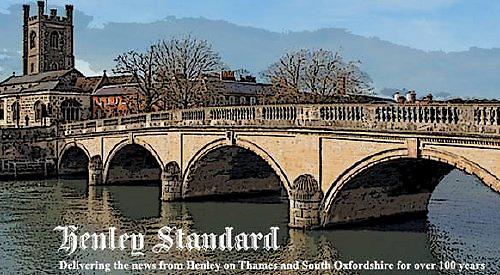 PROPOSALS for a third Reading bridge have been opposed by Oxfordshire county councillors because of the effect it would have on roads in and around Henley.

They say the plan to build a bridge across the River Thames from the Thames Valley business park to land near playhatch in Oxfordshire would result in an unacceptable amount of traffic being diverted through the town and nearby villages.

A motion put forward by Councillor David Bartholomew, who represents the Sonning Common division at the county council, was supported by 54 councillors with one abstention at a meeting on Tuesday, September 10.

Cllr Bartholomew said diverting traffic from Reading into South Oxfordshire would only be moving the problem of congestion.

He said: “The only onwards option for traffic would be through the congested streets of Henley or along the narrow B481 country road through Oxfordshire villages.”

The leader of the county council, Ian Hudspeth, will now write to council leaders at Reading, Wokingham and Bracknell, plus MPs John Howell, John Redwood, Matt Rodda and Theresa May, to oppose the plan and find a solution that is more sustainable.

Cllr Bartholomew said it was important that if the bridge were built, it should be restricted to public transport, pedestrians and cyclists.

He also said measures to mitigate the effects of the increased traffic in Oxfordshire and the bridge plan should not considered as separate projects in order to create a holistic proposal.

For the full story, pick up a copy of this week’s Henley Standard, out on Friday.