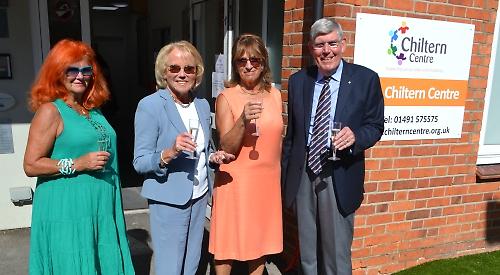 A HENLEY charity which provides respite care for older teenagers and young adults with disabilities has rebranded.

The charity used to care for children but their numbers had dwindled over the years and now it accepts clients aged 16 to 25 only.

Ofsted, the schools and children’s services inspectorate, cancelled the centre’s registration earlier this year because it had been predominantly caring for older clients for several years. Ofsted had allowed the charity to continue in this way as it promised to remedy the situation but the proportion of older users continued to increase.

The charity said it had no control over the age of clients referred by other agencies and it would have been financially unsustainable to turn them down.

Ofsted finally dropped the centre after deeming it “inadequate” following an inspection in January where it learned that a safeguarding concern hadn’t been reported to the county’s external board. No one was harmed but it said procedure should have been observed.

Now the centre is regulated by the Care Quality Commission, the Government’s health and social care regulator.

Mrs Scouller said: “I opened it in 2004 and here I am again. It has been a tough year but I am very confident this is a new start and we will begin to thrive again.”

Paul Barrett, chairman of trustees, said: “I would just like to pay tribute to our wonderful staff for the wonderful care that they have given to hundreds of families.

“I know the whole community has really rallied around this charity and supported us quite magnificently.

“We are now registered with Companies House and some of the staff have had to be retrained because the regulations that apply to adults are not the same as those that apply to children.

“It’s wonderful, after 16 years of existence, to officially mark the milestone of our new life as a centre that cares primarily for young adults.”

The centre, which is curently providing support for about 18 families with disabled teenagers and young adults, could register with Ofsted again if it finds larger premises where the two age groups could be separated.

It has held talks with housebuilder Crest Nicholson about moving into the community centre to be built at the Highlands Park development off Greys Road but nothing has been agreed.

The trustees hope a developer would be interested in buying and building on the site of the centre and former Chilterns End care home next door.

Mr Barrett said there had been no further progress, adding: “We are not anticipating any dramatic developments. Among other things, we are waiting for Oxfordshire County Council to sell the property next door. That will be an important trigger in future development.”