Children's panto move would be 'tragic' 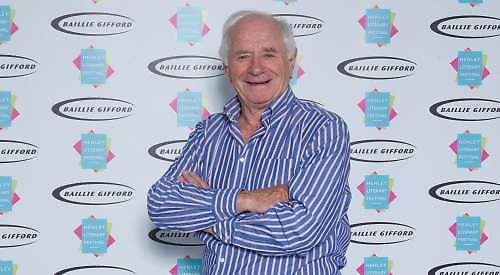 JOHNNY BALL says it would be “tragic” to move a popular children’s Christmas pantomine in Henley.

Henley Children’s Theatre has had an annual booking at the Kenton Theatre over the festive period for almost half a century.

The New Street venue wants to extend the run of its own professional show and suggested moving the children’s panto to February, as revealed in the Henley Standard last week, but the organiser says this is not feasible.

This week the theatre said it was “trying very hard” to keep the children’s theatre in its slot.

The children’s TV presenter said he had watched his two grandsons,

perform at the Kenton with the group on several occasions.

He said: “This theatre is an asset to the town and is owned by the town. Everybody who wants to use it, that are local to the town, really should be given access to it.

“It’s tragic that it’s not going to be offered to the Henley Children’s Theatre when they want to use it. The show is all part and parcel of what Henley’s about and the social life of Henley.

“It’s the first taste for young people of the theatre and performing and it’s lovely to get them to express themselves outwardly and that’s what theatres are all about.

“It needs to be run by a group that understands the needs of the town right across the spectrum — that’s youth, kids, as well as professionals.”

Mr Ball, who lives in Farnham Common and appeared at the theatre at last year’s Henley Literary Festival, added: “I think, for the sake of Henley, the theatre’s got be run in a way that suits the widest spectrum of organisations.”

Muffin Hurst, who runs the children’s theatre, has called the move to take her slot and potentially move her performance to February a “slap in the face” for one of the theatre’s oldest customers.

She says moving it is not feasible as the festive season is over in February and there are not as many visiting family members in town to see the show.

This year’s booking is unaffected but Ms Hurst says she has been offered a shortened four-day slot next year with no Christmas booking thereafter.

At a full council meeting on Tuesday night Ms Hurst, who lives in Hambleden, spoke in public participation.

She said: “The Kenton is a community asset and I would like them to be considerate of the young people in Henley. I would like to support the theatre but I hope they and the town will support us.”

Theatre manager Max Lewendel replied: “I agree with Muffin that the Kenton is a very valuable asset. We are trying very hard to keep them [the children’s theatre] in their slot.”

He added it was important to find a “financially sensible” solution so the theatre continues to exist.

Christopher Tapp, who chairs the theatre’s board of trustees, said that no final decision had been made.

He said: “We talked about a February half-term slot and we had some other options and other venues they could go to. The conclusion was that wasn’t going to work for them.

“But this is an on-going conversation and as far as we’re concerned no final decision has been reached and that has been the case for the last week or two. We certainly have a solution, whether or not it’s acceptable we’ll have to wait and see.

“The conversations we had are about retaining the same number of performances. The question is how they are spread out and the management of that.”

Mr Tapp said there had been a “rather unpleasant campaign” on social media telling people decisions had been made which hadn’t. He is due to meet with Ms Hurst again on Monday.