Fire crew’s message of thanks after street light catches fire 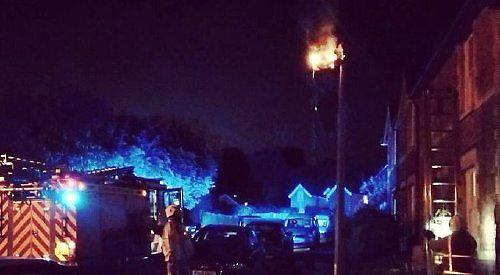 A LAMPPOST caught fire in Wilson Avenue in Henley on Tuesday evening.

Firefighters from Henley fire station attended the incident at around 11.20pm.

Oxfordshire County Council Fire and Rescue Service said the cause of the fire was unknown.

The crew used a dry-powder extinguisher to deal with the blaze. They later posted a thank you message on Twitter after residents provided tea and biscuits to the firefighters.