Theatre is pricing us out, says children’s panto boss 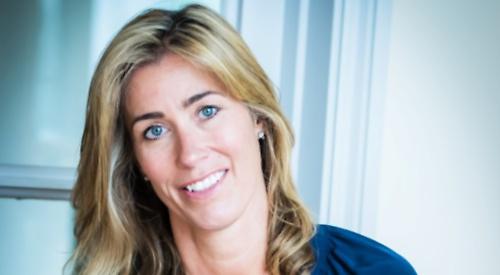 THE organiser of the children’s pantomime at the Kenton Theatre in Henley claims she is being “priced out”.

Muffin Hurst, who runs Henley Children’s Theatre, has been told she will have to pay two-and-a-half times as much next year and is considering moving her production.

The group has had an annual booking at the New Street venue over the Christmas period for almost 50 years.

However, the theatre wants to extend the run of its own professional show and suggested moving the children’s panto to February.

Ms Hurst says this is not feasible as this is during term time so the youngsters would not be available and their extended families would not have time to see the show.

The Kenton is proposing to charge her more than £9,100 for a five-day slot next year when she currently pays £3,675 for her week-long booking.

This includes a hiring charge of £6,175 plus an extra charge of £495 per performance based on seven shows, which is charged after the first performance. The following year and going forward she has been offered a shared five-day slot with the Kenton’s own pantomime, which would include two days of shared performances.

The theatre says the hire rate would be discounted by a fifth.

Ms Hurst, from Hambleden, called the proposed increase in costs “unconscionable” in a letter to the theatre trustees and asked them to think again.

The letter, which has been seen by the Henley Standard, says: “The Kenton Theatre has provided a real life theatre experience for thousands of children: it is small and on our doorstep, a much-loved community asset.

“It is perfect to set our young on a path for a lifelong love of the arts, in turn ensuring a future for our theatre in generations to come.

“Many children at Henley Children’s Theatre have reaped benefits from their time with this symbiotic relationship between our teaching and your historic building. I am devoted to the Kenton Theatre as it has been an integral part of my life.

“I appreciate that funds are required to ensure its existence, however penalising local children and preventing their pantomime is not the solution.

“I am aware that you have marginally increased the hire charge for all, however it is our group alone that you are aiming to price out of a booking. I am sure you are aware that your suggested hire fee is almost equal to our total ticket sale revenue, so I am not sure how you have the temerity to think this in any way reasonable.

“Obviously you have not taken into account the numerous other costs incurred with a production: staff, musicians, costumes, tech, scenery, advertising, design, storage etc. Ticket sales are aimed to cover all costs, while maintaining the lowest ticket price at the Kenton for our locals.

“While it is true that Henley Children’s Theatre is not a charity, we must cover costs in order to continue this tradition.”

Ms Hurst says the children’s theatre has been one of the most lucrative customers for the theatre and filled the venue to at least 75 per cent capacity.

“It is an insult to one of your longest-standing customers to propose an increase of almost 150 per cent, to £9,145, for a reduced length of booking and the absurd notion of sharing and assuming dictatorial rights over our artistic creation and scheduling.

“With history proving our success, it would seem remiss to banish us in favour of a fledgling company with no reputation. To extrapolate in this way, incur damaging PR for the theatre and upset your locale seems foolhardy in the extreme.

“In 50 years of history, I have never been more concerned for the survival of our theatre and I hope the management are aware that they are accountable for their, seemingly ill-thought through actions. Most people are horrified at this potential loss and I am certain it would do your PR some service if you were seen to be community minded and concerned for a children’s production.

“I am sure we would all welcome an era of co-operation where much can be done for the theatre with a realistic and sensible approach.”

Christopher Tapp, who chairs the theatre’s board of trustees, refused to comment.

He has previously said that the theatre has found it increasingly difficult to achieve a break-even and that it is important to extend the run of the theatre’s pantomime, which this year is Sleeping Beauty.

Henley Children’s Theatre was founded in 1969 by Ms Hurst’s grandmother Flavia Pickworth and has stayed in the family ever since.