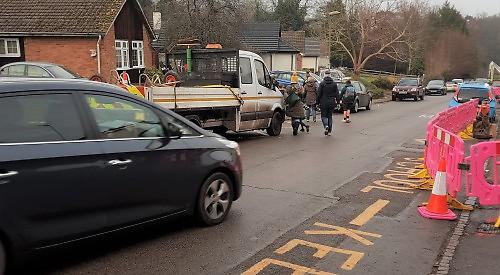 AN internet service provider which is laying cables around Henley has been criticised after it parked a vehicle on the “keep clear” zig-zag lines outside a school.

Contractors for Zzoomm left their van parked in Valley Road opposite a pavement which they had fenced off and dug up to lay a fibre-optic line.

Parents collecting their children from the nearby primary school said the van made it dangerous to cross the road because it blocked visibility.

A spokeswoman for Zzoomm, which is based at the Hub in Station Road, apologised following the incident on December 5.

She said: “We’re sorry about this, it’s not good enough. We’ve quickly taken steps to make sure it doesn’t happen again.”