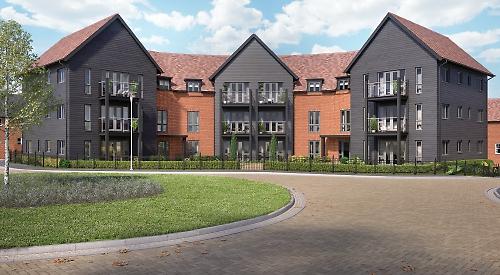 PLANS to build five detached homes at Highlands Farm in Henley have met a chorus of opposition.

Greenland Henley wants to develop a parcel of land off Highlands Lane, which forms part of the former Highlands Farm industrial estate, where Crest Nicholson is building 163 houses.

The company already has permission for four homes on the land but has applied to South Oxfordshire District Council, the planning authority, for one more.

But residents, town councillors and a number of organisations have recommended that consent is refused.

Four of the houses would have four bedrooms and the fifth would have three.

A design and access statement with the application says: “Taken as a whole, it is clear that significant benefits derive from the proposal and that overall there is the potential for net gains in social, environmental and economic roles of sustainable development.

“The proposals provide residential accommodation, of which there is a local and national need, within a sustainable location.” It says the development would be sustainable and in accordance with the Henley and Harpsden neighbourhood plan and the district council’s core strategy.

The Chilterns Conservation Board and Natural England have both objected to the application, with the latter saying it requires more information to determine the impact on the Highlands Farm Pit Site of Special Scientific Interest.

Henley Town Council’s planning committee and Rotherfield Greys Parish Council said the scheme would be overdevelopment of the site.

The Henley Society agreed, saying: “Family houses of this size need appreciable garden space and very little would be provided by this scheme. There would also be a loss of trees.

“The height of the three-storey houses at the edge of the new estate would be inappropriate.

“Henley now has an over-abundance of four- and five-bedroom houses. Preference should therefore be given to two- and three-bedroom homes in any new development. The impact on traffic congestion in Greys Road should also be taken into account.”

Aniko and Stephen Meli, of Horse Leys, Rotherfield Greys, said: “We object to this proposal due to the disturbance caused to local wildlife, negative impact on aesthetic feel to our road and the increase in traffic caused.”

David Brough, of Gillotts Hill, Harpsden, called the plans “sheer opportunism” which would affect traffic, services and the general environment. He added: “The 170 houses on the Crest site should be the limit.”

Magnus McArthur, of Highlands Lane, said that living in the road had changed radically in the last year and with the additional houses the traffic would become “unbearable”.

He said: “There is only one street in or out of this site and no amenities, so the traffic is constant.

“The addition of more houses would add to the traffic and noise pollution and take away the dwindling green spaces in this area. This land presently separates the new development and the older houses. There is nothing that we could do to prevent the traffic flying past our houses as the development only planned a single access.

“We can at least be separated from the general noise by the land separating us but this new development takes this last bastion of peace from us.”

James O’Neill, also of Highlands Lane, said: “We see the addition of these dwellings as significant overdevelopment and the continued reduction of the Area of Outstanding Natural Beauty for properties not required that do not benefit the area in any way.

“We ask that the council puts a focus on protecting the beauty and nature of the area and focuses on true sustainability in its bid to improve local infrastructure.”

Greenland Henley’s officers include Alan Pontin and his family, from Henley.

He is the landowner who joined forces with Crest Nicholson to develop Highlands Farm, the largest site allocated for homes in the neighbourhood plan.

The district council was due to make a decision by Wednesday.