School wants to be fenced off to keep out intruders 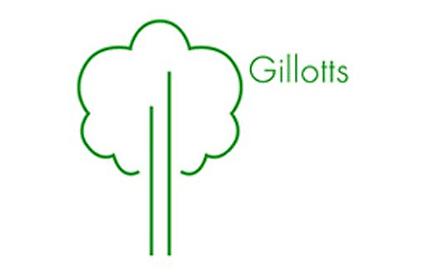 GILLOTTS School in Henley has been accused of turning itself into “a Fort Knox”.

The secondary school has applied for planning permission to erect fencing up to 2m high in order to enclose the site off Gillotts Lane and prevent intruders.

However, the proposal has been criticised by some residents.

She said: “The school site is accessible from every side due to poor or non-existent fencing.

“We have had several recorded incidents of non-students coming on to the site.

“We are bidding for government funding to install fencing and gates along the front elevation of the school down the bridle path, along the playing field/farmer’s fields and up Gillotts Lane.”

Ms Windsor said the fencing would be no more than 2m tall and would be the bow top and twin wire mesh variety.

There would be three new entrance gates for vehicles and six for pedestrians.

The school owns almost all the land but it would have to encroach on to a small section of land at Henley leisure centre next door.

Rolf Richardson, who has lived with his wife Audrey in Wootton Road, close to the school, for 55 years, has objected.

He said: “During all those years the school has got on perfectly well without a fence. Indeed, when our children were at Gillotts and engaged in some sports activity it was nice to just wander across and watch them play.

“A school is a public amenity and needs to be open to all, yet this application seeks to enclose it like a Fort Knox, a deliberate policy of exclusion.

“If you allow this application, where will it all end — with Henley College in Deanfield Road next on the list? Except for some schools sited on previous country estates, schools in general are not fenced in.

“Thirty years ago the Berlin wall was torn down, so why are we seeking to go back to those times?”

Michael Turnill, of Blandy Road, said: “While I fully understand that the school may wish to improve the security of its premises,

“I would prefer that the fence adjacent to the bridleway is positioned on the tree line next to the playing field rather than on the bridleway itself.

“This would preserve the rural nature of the bridleway that I use regularly.”

Stephen Morton, also of Blandy Road, said he fully supported the school’s wish to secure its premises from outsiders.

But he said the proposed fence on its northern boundary appeared to run directly alongside the Peppard Lane bridleway and would impose a 2.4m high metal structure on what was currently a pleasant rural path on the edge of the town.

He continued: “The bridleway varies in width, being narrow in parts, and the other side of the path consists of back garden fences of varying heights and types but almost all wooden and nothing like as tall as the proposed fence.

“Placing such a tall metal fence along the southern edge of the path would give it a ‘prison-like’ feel, especially in the narrow sections.

“I would urge the school to think again about this location and the impact of their fence on the neighbourhood.”

Michael Mogridge, of Makins Road, said he would not object to the plans as long as the existing trees were preserved as they were important to birds and wildlife.

The school introduced 24-hour CCTV coverage of all external areas at the start of the new school year in September.

It already used cameras to monitor the site outside school hours and consulted staff and parents of students on extending this to during the day.

Almost 89 per cent of the 45 respondents supported the plans, which were then approved by the governors.

Headteacher Catharine Darnton said the school had a responsibility to keep its pupils safe and could also use the footage if there was an incident on school grounds.

The fence application is likely to be considered by the town council’s planning committee on Tuesday (14).

The district council is due to make a decision on the application by February 12.