Festive sales up despite lack of parking, say shops 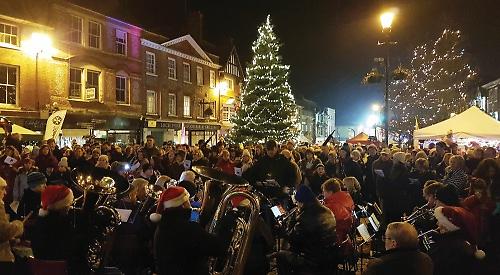 BUSINESSES in Henley fared well over the festive period.

Traders said sales and footfall either matched or exceeded previous years, although some experienced quiet periods before the final run-up to Christmas Day.

Laurence Morris, who runs Laurence Menswear in Duke Street, said December began slowly but gradually picked up and his post-Christmas sale was successful.

He said: “I imagine many people left their shopping until after the election on December 12, with all the uncertainty that entailed, as everything picked up later in the month.

“There seemed to be a definite decline in the early weeks. Overall, though, December was still very strong.

“I think Christmas is getting harder for independent traders because of Black Friday, which we’ve imported from America. The big chains tend to start their sales from that date, although most independents are still managing to hold out until nearer Christmas.”

David Rodger-Sharp, who runs the jewellers of the same name in Duke Street, said his second Christmas since opening was much more successful than the previous year.

There was a significant increase in the sale of items costing more than £5,000, particularly watches and diamond rings.

Mr Rodger-Sharp said: “We’re fairly lucky as we’ve built a solid reputation since we opened and, for us, it was a fantastic Christmas with a real increase in the big-ticket items.

“The footfall seemed quite low but the average spend was much higher. I think people had much more confidence in spending their money once the election was over — that’s when they all started dropping in.

“We lost a few sales because people couldn’t find anywhere to park, which is a shame.

“We phoned customers who missed their appointments and it turned out that they’d gone to Reading after they gave up looking for a space.”

Sandie Harrow, co-owner of the Stocks gifts and clothing store in Bell Street, agreed parking was a problem.

She said: “Christmas was fine because we sell unique, quality products so people will always seek us out — there’s no value in going downmarket.

“However, customers said they struggled to find a space and this needs to be addressed.

“We need to have a multi-storey car park in Henley to help businesses. It doesn’t have to be an ugly, concrete block like they used to be — it could have a ‘living wall’ of plants with solar panels on the roof.”

Alan Mann, who owns Henley Sports on the corner of Greys Road and Reading Road, said: “Overall we did as well as in previous years, though most of our trade was concentrated over the last few days running up to Christmas. That’s never happened before and I’m not sure why.

“Our biggest selling items were running shoes and running gear, which usually only sell well after Christmas.”

A spokeswoman for Bagatelle Toys in Bell Street said: “It wasn’t a bad Christmas — it could have been better but you could always say that. We sold a lot of Lego.”

The Temptation gift shop in Bell Street enjoyed strong sales just before Christmas and in early December but sales in between compared poorly to previous years.

Manager Steph Armitage-White said: “There was definitely a drop in customers compared to last year. We only did well because each one spent more.”

Hilary Redhead, manager of the Bell Bookshop in Bell Street, said: “It was very, very busy and a pretty good time for us.”

Jason Acock, who open Henley Cycles in Duke Street in March, said: “I’ve got nothing to compare with because this was my first Christmas but it seemed pretty positive. In an ideal world you’d sell everything in the shop, which I didn’t, but we did well enough. Some days were quiet but others were absolutely amazing so overall it was promising.”

Barry Wagner, who runs Gabriel Machin butchers in Market Place, said: “It was another great year for us with the same kinds of sales as last year. People were buying their turkeys and all the usual Christmas suspects.”

The Xmas Pop-Up shop in Duke Street, which opened only days before Christmas, fared so well that owners Greg and Gina Hope want to stay for at least two more months.

The couple, from Hare Hatch, will continue to sell hand-made craftware, food, toiletries and other gifts from “ethical” suppliers around the world.

Mr Hope said: “We were really encouraged by the response — so many people were supportive and there’s definitely a need for what we’re offering. Shoppers liked the fact that we were selling something a bit different. It was a whirlwind week but very enjoyable.”

Liz Felix, who runs a millinery shop in Reading Road, said: “It probably wasn’t my best Christmas. Some days were still pretty good but it was a bit up and down.

“I think my trade is very dependent on the weather. When it’s cold and dry, there’s a lot of demand for hats but this December was very rainy.”