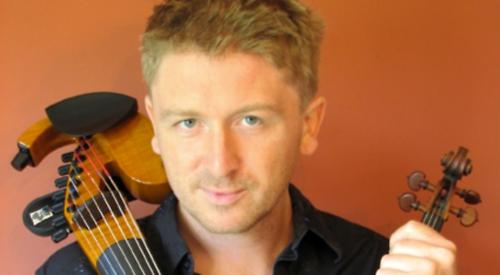 VIOLINIST Christian Garrick will perform the first of a series of monthly music nights at an Indian restaurant in Henley.

He will be accompanied at the Spice Merchant next Thursday (February 27) by pianist and harpsichordist David Gordon from 8pm.

He has also played with the likes of Van Morrison, Dolly Parton and Wynton Marsalis, among others.

On March 26, saxophonist Gilad Atzmon will perform at the Thames Side venue, also at 8pm, and will be joined by pianist and organist Ross Stanley. Atzmon has been described as a “jazz giant” and has played with the Blockheads, Robert Wyatt and Pink Floyd.

Future concerts will include the return of Holly Shillito to the restaurant, where she has performed as part of the annual Henley Living Advent Calendar.

The events have been organised by Paula Price-Davies and Tom Ryan. The pair had previously worked as co-managers of the Kenton Theatre in Henley and staged a Santa’s Grotto in the town for three years.

Spice Merchant founder Bashir Islam is delighted to be working with Tom and Paula again after they helped stage the Living Advent Calendar performance there last year.

He said: “We got in touch about making music a regular part of the Spice Merchant experience and are excited to get started.”

Paula added: “It’s a lovely space and the food is fantastic, so that combined with these internationally-acclaimed musicians will make for some really special evenings.”

There will be a £12 cover charge per person and set menus will be on offer. Tables are limited so booking is recommended at (01491) 636118 or www.spicemerchant.com