Singing is perfect cure for the lockdown blues 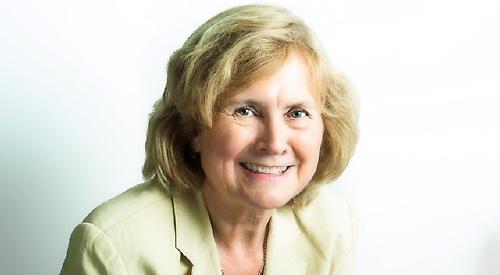 SINGING can help us get through the coronavirus pandemic and engage with other people during the lockdown.

That’s according to the leaders of musical groups in Henley and Sonning Common.

Anne Evans, who runs the Aliquando Chamber Choir, Dr Susan Edwards, of the Henley Choral Society, and Margaret Moola, of Nottakwire, have all encouraged their members to make the most of opportunities to sing with others online.

Whether it’s by recording videos on YouTube, or rehearsing together through Zoom, people across the country are taking to song as a way to relieve the tension in their lives.

The BBC’s charity special The Big Night In raised more than £67million and the Government promised to match the figure.

The show included the premiere of the video for the official charity single, a cover of Foo Fighters’ Times Like These, recorded by frontman Dave Grohl and stars such as Dua Lipa, Chris Martin, Ellie Goulding, Jess Glynne, Paloma Faith, Mabel and Rag ‘n’ Bone Man.

The musicians recorded their parts in quarantine and the video gives an insight into their lockdown lives.

Mrs Evans, of Wilson Avenue, Henley, says there is no doubt about the power of singing to help combat the isolation blues.

She says: “Singing does increase our wellbeing, there’s no doubt about it. When you’re singing there’s nothing else you can think about.

“It’s a great relief from the anxiety we’re all experiencing at the moment. In times like these I think people are very worried about their own emotions. It’s very easy to hold everything in, worry and not express yourself.

“Singing is something that you can really pour emotion into. It’s very personal and lets you express yourself in a way that hardly anything else does.”

Mrs Evans, a former professional singer, has established a routine whereby all 30 members of her chamber choir rehearse together every fortnight.

They use Zoom video conferencing to prepare for their next concert, which is due to take place in November, therefore abiding by the Government’s restrictions on social gathering.

The concert is called Sacred and Profane and will feature music by Rachmaninov, Reger, Greig, Schubert, Gjeilo and Rheinberger as well as Orff’s Carmina Burana. The online meetings provide members with an opportunity to catch up with each other as they have not met in person for more than a month.

Mrs Evans says: “It’s keeping the choir engaged and enabling them to ask questions. I run it and felt it was my responsibility to keep it going.

“The songs we’re performing at our next concert are in several languages so we need the practice. These include Latin, French and German.

“When I suggested that we have this meeting on Zoom and talk about music, they were very appreciative and said ‘thank goodness’.

“There’s always a worry that people will fall by the wayside and I feel that it’s our duty to keep in touch because they’ve all got their own problems and it’s imperative that their spirits are kept up.”

She praises institutions such as the Royal Opera House for making televised productions of past performances available on YouTube during the lockdown.

Mrs Evans says: “Things in all our lives have just stopped, so we have to start thinking about other ways of doing things. It’s a chance to be
creative.

“We will be posting information on our website about things people can listen to. I would urge people who are interested to have a look.”

She is also encouraging people to apply to join the choir if they want to have fun and learn a new skill.

Aliquando held its first concert a decade ago and since then it has raised more than £42,000 for local charities with concerts and performances at events.

Mrs Evans says: “We’re always looking for people that enjoy singing as much as we do. They just have to apply to join through our web page.”

The Henley Choral Society has about 120 members who normally perform four concerts each year but the group was forced to postpone its latest one indefinitely because of the coronavirus lockdown.

This was to be a performance of Missa in Angustiis by Joseph Haydn at St Mary’s Church in Henley in March.

The society’s next concert in June, called Summer Music Serenade, is also likely to be postponed if the restrictions continue as members will not be able to complete enough rehearsals.

But members are still keen to sing together during the lockdown and their conductor Peter Asprey has sent them practice material and he is also offering to teach them via Zoom.

The Choral Society’s Dr Edwards, who lives in Henley, says: “We’re encouraging people to join in with what’s going on because it’s a joy to sing.

“My life now has a bit of an empty space where I would normally be singing. I’ve been singing since I was about 12 and it’s something I always wanted to do, which is very typical of people who join the choir. They loved singing at school or university and they come back to it.

“I think you need inner resources to get through something like this because you are shut up. If you can add singing to your repertoire instead of just scrubbing the house down, it’s lovely.

“Singing with other people is lovely because the whole thing is bigger than the individual. You may not be a particularly strong singer but when you’re altogether under a talented conductor the sound is lovely.

“I like it and really miss it. You miss so many things about it. I miss seeing people in the choir whom I regard as good friends. We’re in touch by email and over the telephone but I miss doing things with other people and that feeling of group endeavour.

“It’s a big part of some of our lives. When emails come in, it’s always ‘I’m missing the choir and hope to see you soon’.”

It is just over 10 years since Nottakwire first began rehearsals and performances. The singing group usually meets at Sonning Common village hall every fortnight.

Margaret Moola, who founded the group with Elaine Williams, said it was difficult to organise any meetings for members online because many of them are elderly and lack the necessary technical expertise.

However, she is sending them email updates with information about what websites they can visit to learn more about and take part in singing.

“The members are missing our singing practices,” says Mrs Moola. “They’re emailing in saying so.

“They have got a huge range of material in their packs. They should just sing something every day to keep their spirits up.”

Chief among her suggestions is TV choirmaster Gareth Malone’s Great British Home Chorus, which can be streamed on YouTube.

Hundreds of thousands take part in his daily choir practice, which comprises warm-ups, vocal exercises and songs for participants to learn.

Every week Malone chooses a different song and posts live and recorded tutorials online to teach them to sing it. By Friday many record themselves singing it and post the clip online.

He has taught people to sing You Are My Sunshine and Elton John’s I’m Still Standing.

Mrs Moola says: “It’s accessible to everybody. He’s doing it to keep people going and it’s fantastic. It provides a structure to the day and if you’re wearing headphones it’s great to listen to. He does exercises I’ve never seen before and there’s always an opportunity to learn.”

Mrs Moola says: “Those who are doing online singing are really enjoying it and I’ve had some nice feedback.”

Part of the attraction is the connection with other people.

“People will comment during the session,” she says. “They will say, ‘go on Gareth’ and ‘this is great’. Someone else will say ‘I’m really enjoying myself’.

“You can see how it’s affecting other people and it gives you a sense of connection that I think people really value. It’s very helpful. People begin to wonder how they fit in and what’s really going on in a situation like this. There doesn’t seem to be a lot of purpose other than just listening to the radio, gardening or wiping the door handles.

“I think having something like singing is great. It’s a release of emotion and tension, a physical workout and spiritual uplift.

“I sing out loud and I quite enjoy that. You can do things differently and discover techniques with your voice that you didn’t know you could do or had the courage to do. It doesn’t matter what you sound like when you’re on your own.

“I’m sure other people are finding that they can just be free and free up their voice, which is very good for them.

“Singing is such an exhilarating thing. It gives you freedom to be yourself. It’s your humanity — your voice is who you are.”

Mrs Moola recently joined neighbours in Birch Close, Sonning Common, in a singalong from their gardens.

About 10 people sang She Loves You and Yesterday by the Beatles, among other songs.

Mrs Moola says: “It was fun. I think they were all ready to have a sing but everybody kept to the social distancing rules.”

She says some Nottakwire members are spending time in lockdown watching DVDs of the group’s past concerts and singing along to them as a way to remember the fun of the occasion.

She recently rewatched the group’s very first concert at the village hall.

“It was really nice,” says Mrs Moola. “There are some people who are no longer with us and you can see how much fun they’re all having.

“I’m using this time to top up my own resources, relax, learn some new skills and give myself space so when we do finally get back together I can be refreshed.”

“The members are missing our singing practices. They’re emailing in, saying they miss it. They have got a huge range of material in their packs. They should just sing something every day to keep their spirits up.”