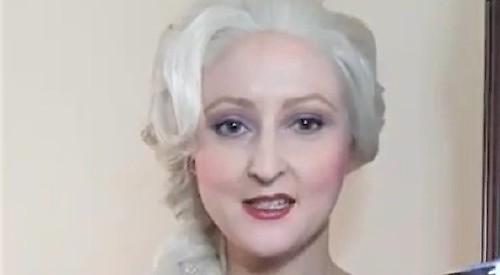 A FORMER children’s entertainer is considering reviving her career after taking it back up during the coronavirus lockdown.

The 33-year-old used to regularly perform as the character at parties and events and decided to dust off her old costume after being furloughed from her job at the M&Co shop in Bell Street, Henley.

She initially wanted to entertain a friend’s daughter who had been forced to cancel her birthday party but gradually attracted more interest and is now getting hundreds of views each time.

During her half-hour broadcasts, which take place at 2pm on Fridays, she reads a mixture of Disney-themed books and traditional fairy stories, including some from an old German book owned by her grandmother. Mrs Tuttle often stops to show children the pictures in her books and encourages them to perform actions to accompany the stories.

She said: “It was only meant to be a one-off but it has made the children so happy. I’m limited to the books already in my house so I’m lucky to have a large collection.

“People can watch them at any time but it’s nice if they can watch it live because they can make requests in the comments box and I can pass on little messages or say hello to children.

“I get a lot of questions about being Elsa. One boy didn’t believe me at first but luckily I know the films well and I was able to convince him that I was her.

“I think I’ll go back to it after lockdown because this has made me remember why I love it so much. You can make a child’s day and it’s lovely to be helping families at a time when it’s hard to keep children entertained.”

To watch the videos, visit https://bit.ly/2yZX1Ds