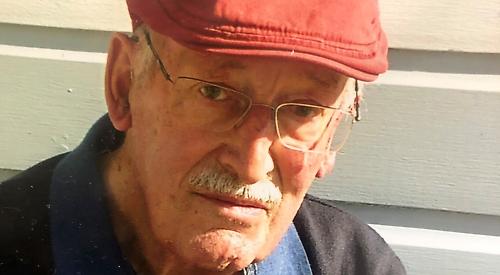 DAVID Charles Painter, a lifelong resident of Henley and its surrounds, died peacefully at home on June 6.

He was born at Windy Ridge, Wargrave, in an agricultural worker’s cottage in the high ground above Henley and was the only child of Charles and Gladys Painter.

Farming was the family business and gave him a lifelong love of rural crafts and country life.

The family made it across the Thames to what he mischievously referred to as “the right side of the river” when they moved to Woodcote to farm chickens and keep bees.

They then returned to join the thriving family provisions business
F T Painter & Sons at 5-7 Bell Street, Henley, where Boots now is.

David was educated in Henley and played cricket and rugby for the local grammar school before also joining “Team Painter” on the butchers’ counter.

His sausages were the stuff of local legend and the shop is still remembered fondly by old-time residents of the town for its first class level of service and the quality of its largely local produce. In early 1946, just a few months after the end of the Second World War, David was called up for national service and he had happy memories of his time in the Ox and Bucks light infantry.

He took to army life like a duck to water and took a life long interest in his old regiment.

On being demobbed, he returned to the family shop and remained there until its closure in 1967.

With typical versatility and flexibility, the rest of his working life was taken up in a variety of roles — a spell at Stuart Turner’s pump factory, three years’ training to be a woodwork teacher swerving into a 20-year stint as a technical illustrator with his old friend Jim Waldron in Wargrave before a final few years at Higgs Group as a typesetter on the Henley Standard, where his father-in-law Harold Barlow had worked all his life. Truly a local all-rounder.

Away from work, David was blessed with a long and happy marriage to Diana.

Their eyes met across the badminton nets at Trinity Hall and after marrying in October 1960 they moved into a house in Belle Vue Road, which became the family home for the next 32 years.

Simon arrived a year later and Tim two years after that.

When not at work keeping the town supplied with pork chops, David would be renovating and improving the house.

He built his own garage, fitted his own kitchen and landscaped the garden with Di into a mixture of productive fruit and veg beds and beautiful flower borders.

Not content with their own home smallholding, an overgrown allotment plot on the Waterman’s site was taken on and the fresh produce rolled in. It really was the good life!

David pursued various hobbies and interests over the course of his life. He was a keen photographer, plantsman and rambler, among other things, but his lifelong passion was the building and flying of model aeroplanes and gliders.

His beautiful, finely crafted and perfectly engineered models were works of art and much admired by his fellow fliers, as were his flying skills which earned him many a medal and some success at a national level.

A fortuitous inheritance allowed David and Diana to realise a long- held ambition to build their own home on an old family plot and they moved close to the town centre in 1992.

Many happy retirement years were spent there and it seems appropriate that David’s life should end in a place that he had known and loved all his life.

David was a kind, gentle and modest man who was enormously supportive of his wife, sons and adored grandchildren, India, Joe, Ruby and Eve. He was much loved in return and will be sadly missed by all of them.