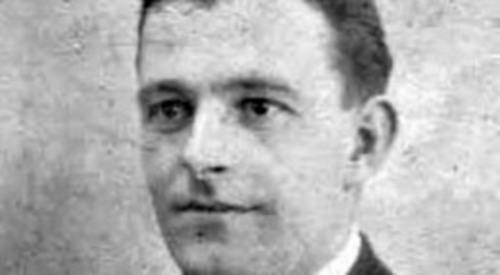 MORE details about the death of a sailor from Henley who served in both world wars have been revealed thanks to the Henley Standard.

William Knight Lamb served in the Royal Navy and Merchant Navy and died at sea on October 2, 1941 while on board the troop ship RMS/SS Strathnaver in the Red Sea off the coast of Sudan.

The 49-year-old left a widow Anna and two children, who were then living in Vicarage Road.

His story was uncovered by amateur historian Mike Willoughby, from Woodcote, as part of his work to honour “unknown” servicemen from the Henley area.

Following a story in the Standard last month, Mr Willoughby received a letter originally sent to Mrs Lamb by George Armstrong, the chaplain on the Strathnaver, which was an ocean liner which had been commandeered for war service.

Mr Armstrong wrote: “It is with deep regret that I have to inform you of the sudden but tranquil death of your husband William K Lamb, who died at sea on the morning of Thursday, October 2. Coming to a feeling of exhaustion, he was admitted to the ship’s hospital during the afternoon of Wednesday, October 1, where everything humanly possible was done to make him comfortable.

“At 2am, without recovering consciousness, his life passed peacefully to its close aboard the ship he loved and served.” Mr Armstrong officiated at the Church of England burial service and said: “A large representative company of the ship’s crew — headed by the captain and the staff commander — lined the deck and, as we committed the body of your loved one to the deep, a military guard of honour presented arms.

“Thus, with the full honours of both the Merchant Navy and HM Army, we bade farewell to the earthly remains of one whom we had all learned to respect.

“Words are poor things with which to express our deep feelings on such an occasion as this but on behalf of the captain and your husband’s colleagues and friends, I would convey to you our deepest sympathy in your sad bereavement.”

Mr Lamb was born in London on July 22, 1892, the son of hotel clerk William George Lamb and his wife Ellen, née Harvey. He joined the Royal Navy on September 29, 1908, when he was just 15, as a telegraph boy/boy clerk. He served on a ship in the First World War which was torpedoed while in the North Sea and sank. He was among the survivors and, together with another Henley man, a Lieutenant Briggs, was picked up by a Norwegian ship after being on a raft for four-and-a-half hours.

The survivors were taken to Bergen where they were interred for two years until the end of the war.

Later, Mr Lamb went back to sea, working as a deck steward with the P & O Company before the Strathnaver was commandeered.

His story will be among those included in a new book by Mr Willoughby, who launched the Lest We Forget project to recognise those who lost their lives in the Great War.

He produced his first book, Bringing Them Home, which included details and photographs of each of the fallen men, some of whose names do not appear on local war memorials.

Mr Willoughby is now concentrating on those who fought in the Second World War, which ended in Europe 75 years ago.