20mph zones set to be created outside schools 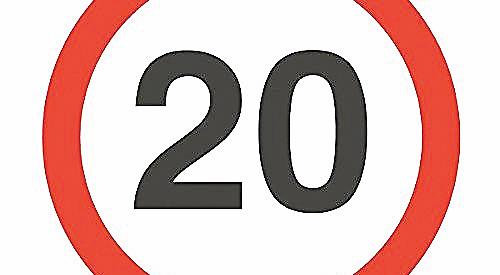 NEW 20mph zones could be created outside schools in Henley.

It comes after the speed limit was introduced in the town centre and other streets, which were previously 30mph, in February.

Stefan Gawrysiak, Henley’s representative on Oxfordshire County Council, the highways authority, has suggested extending the scheme to take in schools.

This would include Vicarage Road, where Trinity Primary School is located, Valley Road, home to Valley Road primary, and St Andrew’s Road, where St Mary’s School is, as well as St Mark’s Road and Harpsden Road.

The idea is to make it safer and more attractive for children to walk to and from school and help reduce air pollution. “No idling” areas outside schools could also be created.

Schools have already been consulted but residents still need to be asked for their views.

Other proposals include promoting “walk to town” routes encouraging residents to walk into town instead of using the car.

Councillor Gawrysiak says he has identified 10 locations for signs. Two new cycle routes are also planned. One would run from Mill Lane, along Vicarage Road and Church Street before joining Deanfield Avenue, then Hop Gardens, running through the Abrahams estate to Fair Mile.

The other would run from Mill Lane along a footpath on to the Newtown industrial estate, round the back of Invesco and through the station car park to the riverfront.

A pavement on the west side of Gravel Hill could also be widened. It is currently only 25cm at its narrowest on what is a busy road.

This would prevent pedestrians having to step into the road when passing and slow down traffic travelling up the hill.

The scheme has already been designed by the county council and costed to include a new pedestrian crossing.

Speed and pedestrian surveys have been completed but public consultation has been delayed due to the coronavirus crisis. A study could also be carried out into the feasibility of a pedestrian zone in the town centre.

Most of the schemes have been costed and are ready to be implemented.

The county council is currently spending almost £600,000 from the Government’s emergency active travel fund on a series of measures to help make journeys easier by bike and on foot and enable people to maintain social distancing.

The Government requires this money to be allocated to projects in the first four weeks and completed in eight weeks.

In the longer term, the council is looking at ways to maximise “environmental gains” with a further £2.4million of government funding and increase cycling, walking and the use of public transport.

Cllr Gawrysiak said he hoped the measures he had suggested would benefit from the second tranche of funding, adding: “It’s a golden opportunity for Henley.”

Former town and county councillor David Nimmo Smith wants the 20mph limit to be extended outside the town centre. The civil and structural engineer who now lives in Oxford but still has a property in the town, told a virtual meeting of the town council that the idea was being discussed as far back as 1991.

He said: “Oxford now has 20mph limits in all but the major arterial routes and I can confirm from first-hand experience that it works well.

“Having 20mph limits in the town centre is fine but it’s not good enough when you consider how busy it gets — most people don’t have the chance to go above 20mph anyway. When will the limits be extended?”

Mayor Ken Arlett, who was also mayor in 1991, said: “Perhaps we need to wait and see how it works in the town centre and if we need to take it wider then so be it.

“At the moment we’ve got cars going faster than 20mph in areas where we’ve already implemented those restrictions.

“The one problem I can see is getting someone to enforce it as, over the years, it has become more and more difficult for the police to find the time to do that.”

Cllr Gawrysiak said: “When the town centre limits have bedded in, we’ll look to implement it further on the advice of residents.”