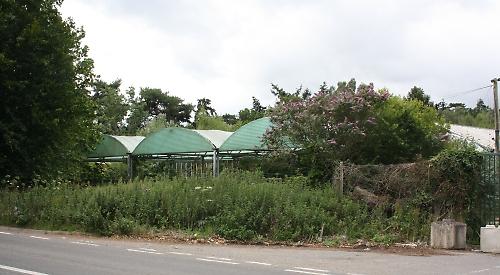 EIGHT sites with capacity for more than 500 new homes could be included in Henley and Harpsden’s revised joint neighbourhood plan.

Henley Town Council, which is updating the document to reflect an expected increase in housing targets across South Oxfordshire, has declared them fit for development in principle so will ask the owners whether they wish them to be built on.

Those who express an interest will be invited to present their ideas to the council’s neighbourhood plan committee, which is made up of councillors and residents from both parishes.

If the new draft plan passes a referendum in autumn next year South Oxfordshire District Council will be legally obliged to consider it when deciding planning applications.

l The Henley College’s two campuses off Deanfield Avenue and Paradise Road, which were deemed fit for a total of 339 units following a review of all land in Henley and Harpsden by planning consultant AECOM. The college submitted them for inclusion in the current neighbourhood plan in 2014 but they didn’t make the cut.

At the time, it wanted to relocate to a new single campus which it said several developers had offered to build at a cost of up to £50 million.

It believed the existing campuses, along with a smaller plot behind the former Henley Youth Centre in Deanfield Avenue, could have taken up to 400 homes.

However, it didn’t respond to the town council’s latest call for development sites so it is not clear whether it still wants to pursue this.

• A field of about six hectares off Greys Road, immediately east of the entrance to the former Highlands Farm industrial estate.

The estate was earmarked for residential conversion under the neighbourhood plan and Crest Nicholson is now building 163 units under the new name, Highlands Park.

It also owns the field, where it proposes building an unspecified number of extra houses as “infill” development with some commercial or light industrial units.

• The former Chilterns End care home off Greys Road, which could take 28 homes.

The care home, which the Orders of St John closed in 2016 to relocate to the 64-bed Chilterns Court Care Centre next to Townlands Memorial Hospital, is earmarked for 27 homes.

• The Chiltern Centre for disabled young people, off Greys Road which could three homes.

The charity announced its intention to find a new home in 2019. It had been in talks with Crest Nicholson about moving to a purpose-built facility at Highlands Park.

• The Swiss Farm camping and caravan site off Marlow Road, which has been proposed for 73 units.

• Part of a field at the south-western end of Fair Mile, to the north of Luker Avenue, has been put forward for 15 units.

This is beside a plot which is earmarked for about 60 units in the current plan and is now subject to an application by Thames Properties for 72 houses and flats.

• The former Wyevale garden centre off the A4155 at Lower Shiplake, which lies in Harpsden parish, could be earmarked for 43 homes, although landowner Aida Dellal already has planning permission for 40 houses and some offices.

The site was set aside for purely commercial use but the district council accepted her argument that this wouldn't be viable.

It is next to Thames Farm, where landowner Claire Engbers has permission for 95 new homes which are now being built by Taylor Wimpey, and near a paddock where Westbourne Homes is to seek consent for a further 20.

• A small plot of land at the north-eastern corner of Thames Farm which isn’t part of Taylor Wimpey’s scheme and could take eight homes.

AECOM said it was suitable although it wasn’t put forward by the owner.

The plots were narrowed down from AECOM’s original list of 35, of which two others were also shortlisted by the town council’s planning officer Jodie Rhymes but rejected by the committee.

These were the farmhouse at Thames Farm, which was deemed fit for 12 new homes, and a small field to the rear of the Wyevale garden centre which could have taken eight.

Kester George, chairman of Harpsden Parish Council, said they were “dreadful” choices as they would erode any remaining green gap between Thames Farm and the Wyevale land.

The town council says it will only include schemes which meet an identified need for housing and the final decision will be shaped by feedback from public consultations and planning officers’ advice.

Mayor Ken Arlett told the Henley Standard: “All those developers will be asked to present what they can offer and we’ll be looking at what is best for Henley, not what’s best for them.

“Even if we’re already building enough homes to meet our needs, we have to go through this
process.

“I can’t speak for the working group but they might decide, for example, that none of the proposals is right for the town, although that would still have to pass the referendum.

“Equally, they could identify suitable land for 200 new homes but that would again have to get through the vote.

“Nothing is certain but if someone could offer social housing on a plot that would ordinarily get planning permission, the group might well look at it
seriously.

“Every developer has to offer a 40 per cent quota of ‘affordable’ housing but that’s not affordable to everyone whereas social housing usually is. At the outset, AECOM listed every site that could be built on in theory, including some of our own which we would never allow in reality.

“That means no landowner can say they haven’t been considered and assessed against the same criteria as anyone else, although if they still want to make a presentation to us they will be welcomed.”

In 2017, councillors argued against a proposed increase of up to 677 units for Henley, saying it was constrained by the River Thames, the Chilterns Area of Outstanding Natural Beauty and limited space on roads as well as the need to provide supporting infrastructure.