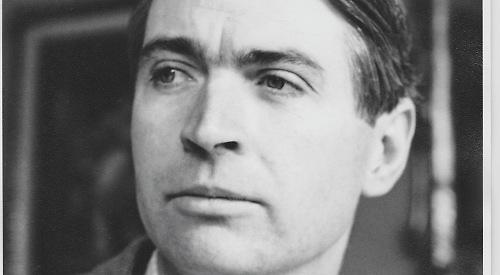 GUY ALVINGHAM was born in London in 1926.

He was educated at Amesbury and Eton and upon leaving Eton in 1944 immediately went to Officer Cadet Training Unit in Aldershot to train as an officer before being commissioned into the Coldstream Guards.

He missed the end of the Second World War but went on to serve in Palestine, Libya, British Guiana, Germany and Singapore, where he was involved in operational planning for the Konfrontasi against Indonesia in Borneo.

He continued as a soldier until his retirement in 1981 in the rank of Major-General as the director of army quartering.

He was made a CBE in 1978, having worked hard co-ordinating the army’s support to Her Majesty’s Government in response to the firemen’s strike in 1977.

He and his family moved from Surrey to Henley in 1968 where he and his wife, Beryl, farmed at Bix, taking over a milking Guernsey herd, which sadly fell prey to disinterest in premium milk.

The farm was a welcome relief from the pressures of his job at the Ministry of Defence and his love of the countryside and its conservation was evident in the way he threw himself into forestry on the estate with some estimates saying that he personally planted more than 10,000 trees. This was not, however, the limit of his interest in the countryside, as he subsequently went on to become president of the Royal Lancashire Show three times in the mid-Eighties and, perhaps more importantly, and closer to home, president of the Henley Show in 2004 before becoming life president until his death.

The Henley and District Agricultural Association was close to his heart and even when no longer president he maintained an observant eye on all that it did, hosting the annual meetings at Bix.

He ran a shoot at Bix for more than 25 years, recognising the importance of countryside conservation in ensuring the preservation of the Chiltern landscape and the welfare of healthy birds.

Always content to be on a riverbank with a delicious picnic prepared by Beryl in prospect, he was a skilful fisherman on the Loddon and the Test, taking huge pride in imparting his extensive knowledge to countless friends and several generations of new fishermen.

He was never happier than when teaching a grandchild to tie a fly and how to observe the ever-changing nature of a river.

A fiercely competitive sportsman on the tennis court and a veritable devil on the croquet lawn, he was extremely useful with both ball and bat on the cricket field for much of his life and was a senior member of the MCC and I Zingari [a wandering amateur cricket club].

He also held a record for the Shepway Stragglers for whom he played while living in Kent in the early Fifties.

A formidable golfer, he was a member of the Guards Golfing Society and the longest-serving member of Swinley Forest Golf Club.

Again, he spent much time encouraging others to become interested in the game and enjoyed nothing better than a “Swinley Special” after playing 18 holes.

A keen sense of humour, the ability to listen and give people his undivided attention, a ferocious hard-working ethic and the strongest sense of duty ran through everything he did.

He was enormously generous to all he came across and seemingly had time for everyone: whatever his opinion, he was always receptive to a different point of view.

He was quietly generous to many charities great and small but was most closely associated with the Royal British Legion, for whom he worked tirelessly, and the Army Benevolent Fund.

Recognition of his work for these two charities, which were so close to his heart, were reflected in his appointment as Deputy Lieutenant for Oxfordshire in 1996.

Having served as a soldier for so long, he knew that these charities were crucial to looking after those who had given a lifetime of service and the rattle of collection tins in the run up to Remembrance Day was a familiar sound to anyone he came into contact with. You ignored him at your peril.

He leaves behind his wife, Beryl, to whom he was married for 68 years, a son and a daughter, seven grandchildren and six great grandchildren who will miss him for his humour, wisdom, guidance, kindness, wealth of stories and anecdotes and the greatest generosity of spirit.