Yeoman bags hat-trick but side falls short in final chase 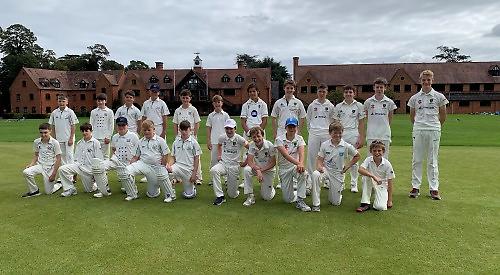 There were clearly a few nerves amongst players of both teams as they arrived at Shiplake College ahead of play on its new cricket wicket.

Aston Rowant won the toss and elected to bat with openers Conor Rogan and Sam Grocutt making 25 and 19 runs respectively.

There followed a collapse of seismic proportions with the next four wickets falling for five runs, which included a hat-trick for Henley’s Tom Yeoman. The catches were taken by Lawrence Walker, Oliver Hewes and Dylan Price.

At the end of the Aston Rowant innings Henley needed 93 to win, a modest target on a good pitch but with boundaries at a premium, this was going to be a challenge.

Henley openers Oliver Saunders (17 runs) and Tom Yeoman (22) stuck around for the longest time and gave their side momentum.

The game was in the balance until Aston Rowant’s Max Cowling came on for his bowling spell. He stemmed the run rate by allowing only three runs off his three overs.

Henley made it to 42 without loss before Jacob Eaton made the breakthrough with a catch from Calum Lambert, which was followed by Arlo Hyman taking three wickets for seven runs.

This low-scoring but tense game ended in the final over of the match with the fall of Henley’s last batsman on a total of 74.