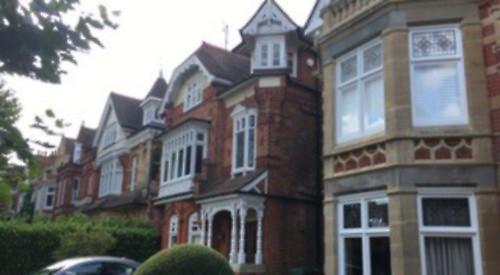 CHARLES CLEMENTS, a builder and mayor of Henley six times over, who died a century ago next Friday, deserves to be better known than he is. No single person did so much to create the modern Henley we have today.

This was recognised in his own lifetime when he was made an honorary freeman of the town. Yet he is largely forgotten today. His grave in Fairmile Cemetery is broken and abandoned.

Here, recorded for his centenary, are some of the landmarks in the life of this unsung hero.

Clements is perhaps best known today for his buildings. They include Barclays Bank in Hart Street, the intriguing “gothicky” villas in Norman Avenue and the shops and offices on the corner of Greys Road and Reading Road with beetling and fine detailing.

Most ambitious was the massive and intricately detailed mansion, Friar Park, which he built at the top of Gravel Hill and West Hill for the wealthy city solicitor and financier Frank Crisp.

His restorations and extensions included St Mary’s and Holy Trinity churches and the parish church at Fawley.

Perhaps his oddest creation, also on a hill, was the reconstruction of Henley’s regency town hall. In 1898 he won the contract to demolish the old one to make way for the new and carted the building up Remenham Hill to Crazies Hill, where it still stands as a private house, named after the village, and faces the rising sun, as it did in Market Place.

His last big building job was to oversee the construction of the new United Reformed Church in Reading Road, which was completed in 1908.

Clements’ concern for construction in the town, particularly housing for its poorest inhabitants and its physical infrastructure, first drew him into local government.

He was elected at the age of 31 to the Local Sanitary Board and remained on its successor, Henley’s elected town council, as a member, alderman and mayor, with only one brief interruption until his death more than 40 years later.

He worked with formidable application and energy across the expanding agenda of Victorian local government, concerned then with health, education and welfare as well as roads, lighting and drainage. His concern was to strengthen the local community in all its variety.

As a magistrate, he tempered justice with mercy. What contemporaries noticed particularly was the focus and careful preparation Clements brought to everything he did.

He was a formidable adversary in debate and master of procedure who applied skills in negotiating and contracting to town planning, roads, sanitation and drainage to drive forward the development of the town. It was said that he knew the Public Health Act as well as the Bible.

However, Clements didn’t always suffer fools gladly. On one occasion he branded an opponent for elected office, another builder, William Hamilton, as lacking the intellectual equipment to represent the town. The electorate returned Hamilton with a large majority.

But Clements was recognised even by his fiercest political opponents as a “strong man” who got things done. He was the leader chosen when the town had to come together, for example for public celebrations of the coronations of Edward VII in 1902 and George V in 1911. Looking back over his career in municipal government just before the First World War, Clements picked out three achievements of which he was particularly proud.

The first was providing an adequate system of sanitation for the town, replacing its wells and cesspits with a supply of clean water and sewers. This happened from the mid-1880s to the mid-1890s.

At the same time, Clements proposed the extension of the borough beyond its limits as a medieval town to include Newtown, to the right and left along the Reading Road, and the large development up the slopes along what are now St Mark’s Road and St Andrew’s Road.

His idea of enlarging the town so the costs of municipal improvements could be spread across larger numbers of ratepayers was denounced initially as “moonshine” but he was quickly proved right.

The other improvement of which he was most proud was straightening and widening Reading Road, which in the 1870s still zig-zagged its way into the town, and also taking out sharp corners for modern traffic.

Zeal for improvement could go too far. The demolition of the Angel on the Bridge to improve the route from Henley Bridge to the station was only averted when the council declined to pay the necessary compensation.

But the judicious mixture of new and old and the quality and character of the Victorian and Edwardian building in Henley’s town centre is due in large measure to Clements’ influence.

He was an intensely political man. Born in a beer and lodging house for itinerant workers in West Hill in 1845 and married at the age of 20 into a family of travellers in Reading, Clements knew working class life from the inside.

His earliest political supporters in the town were the cottagers and inhabitants of its rookeries and slums and Liberals who supported the improvement of conditions for the working classes.

In his municipal life, Clements insisted on working class people being treated decently. He also pressed for the extension of local democracy to enable the voices of the excluded, including women, to be heard.

As a churchwarden at St Mary’s, he helped to abolish “sittings”, which closed off the front of the church for richer people and obliged poorer parishioners to sit at the back.

Clements was a staunch Liberal in politics, although his Liberalism had a particular flavour. He carried, from his early years into adult life, a passion for self-improvement through education and a sensitivity to the dangers of alcohol.

One of his earliest projects was an institute for working men, which he built in Duke Street and of which he became secretary. Its library and reading room were intended to provide a counter-attraction to the pubs of the town.

He also helped to found the Henley Coffee Company with its premises in Market Place, where the taverns of the town were at their densest.

A singer himself, he promoted choirs as a method of adding joy to the teetotal message.

When he toured local villages in the 1880s as a speaker for the cause, he was also self-consciously teaching himself public speaking.

In 1893, when the long-standing Liberal candidate for the constituency retired, Clements emerged as a possible successor. But he was seen as a man of the town with only limited appeal in the villages of South Oxfordshire.

Instead, he was adopted for the constituency of Peckham in South London, which he fought unsuccessfully for the Liberal Party in 1895.

Still courting favour within Liberalism, in May 1897 Clements gave evidence on the evils of drink to a royal commission in London, supplying intimate and titillating details of the trade in Henley.

Local residents were outraged. On the second day of his evidence, a fire mysteriously broke out in his builder’s yard at the bottom of Gravel Hill. It was quickly contained and although no direct link was ever made, despite a reward being offered for information, it was rumoured that the fire had been set deliberately as a warning.

Clements’ defeat at the municipal elections the following year showed that local opinion had turned decisively against him.

In effect, he had to choose either to pursue a future in national Liberal politics or settle for local government in Henley. For a time he lived across the river in his town hall on the hill and joined Wokingham District Council.

But in 1899, he was re-elected in Henley. In 1901, he was chosen as ,ayor and then served until 1904, the first time anyone had ever served three years running. Clements told an audience gathered to celebrate his success that from long practical experience, he had come to realise “...that there was no more important work than municipal work”.

Henley was lucky to have Charles Clements. Sadly, his grave in Fairmile Cemetery is fallen and broken.

He deserves better and it would be a fitting tribute to Henley’s greatest Victorian son were it to be restored.

• This feature was written by Michael Redley, a member of the Henley Archaeology and History Group who has given a number of talks to its members on different aspects of the town, notably Henley during the Boer War. He teaches 20th century British and European history at Rewley House in Oxford but has contributed to local history wherever he has lived.

He will be giving a fuller talk on Charles Clements next Friday (September 18) at 7.30pm on Zoom and would welcome anyone who wants to join in. To be included, please send your email address to him at michael.redley@dial.appleinter.net