Shoe repairer shuts shop as trade has worn away 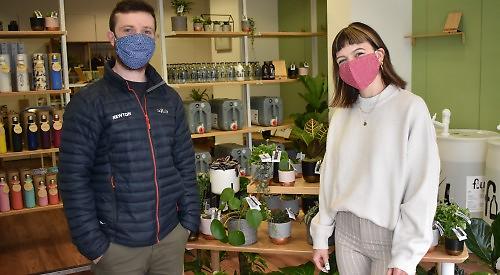 A HENLEY shoe repairer has shut up shop after 23 years.

Jason Kempston, who ceased trading at The Sole Man in Duke Street on Saturday, said the coronavirus outbreak had reduced demand for his business to the point where it was no longer viable.

He was forced to close temporarily when the lockdown was imposed at the end of March and was unsure whether he wanted to re-open as he had been struggling to attract trade for some time.

The 50-year-old, who lives at Flackwell Heath, near High Wycombe, said customers were increasingly deterred by heavy traffic and a lack of parking, especially free spaces, in the town centre.

He decided to give it one last try when he was allowed to re-open the business on June 1 but soon realised it wasn’t working and decided to cut his losses.

Mr Kempston, who has worked in the trade since he was 19, intends to embark on a new career running small-scale building projects such as garden offices. He said: “There has been a downturn for some time but coronavirus really pushed it over the cliff.

“There were none of the usual events like the regatta so you didn’t have women coming in with their posh shoes.

“With people working from home, I didn’t get people coming in with work shoes either.

“Also, schools and sports clubs aren’t doing events so I wasn’t doing much engraving. I was still doing quite a bit of key cutting but you can’t survive on that alone.

“Customers were really upset when they heard I was closing and turned out their wardrobes to find work for me but it wasn’t enough to sustain things.”

He said: “When I first came to Henley, they did a survey asking how the town could be helped and I said we needed more parking and fewer traffic restrictions. Years later, neither of those has improved.

“Every day my customers would say that parking was a total nightmare. They’d get ticketed for parking outside my shop for five minutes and say they’d decided not to come back.

“Despite its problems, Henley is a lovely place full of lovely people and I’ve had a great time here. It’s a brilliant, beautiful town and it’s a shame how difficult it has become to trade.

“I paid a very reasonable rent and qualified for rate relief but even I struggled. It must be tough for people who have to pay that as well.

“By the time I decided to shut, I’d already got past any sadness as I realised I needed to reassess what I was doing. I had my doubts right up until the day I closed but I just had to be decisive.

“My customers were very sad but they understand why I was doing it. I'd hate to see Henley become another ghost town but there are some very interesting new shops opening and I hope it does well.

“It would be very sad if people were all just sitting at home ordering things online but that will happen if you penalise drivers or treat them as cash cows.”

The pair, who opened their first store in their native Marlow last year, wanted to launch a venture that would benefit the environment.

Customers earn four points for every £1 spent which they can donate to various causes.

Mr Brown said: “It has gone better than we could have imagined and we might have to take on more staff to meet demand.

“The launch was a bit manic, though that’s a good thing as it was better than our first day in Marlow, and the feedback has been extremely positive.

“The refillables and plants were both very popular. We ran out of several lines and it’s going to look a bit bare until our next stock arrives. I think we’ve come along at the right time because they talk about the ‘Attenborough effect’.

“People are becoming more aware of our impact on the world and want to buy products that won’t make things worse for future generations.”