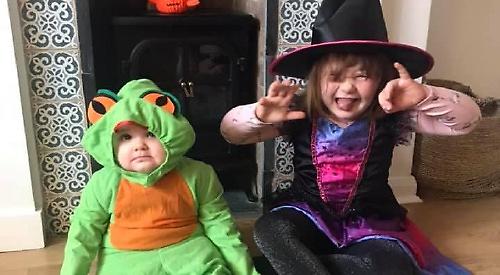 AN online Halloween fancy dress competition was organised by the Gainsborough Residents’ Association in Henley.

A number of families entered with photographs of their children in fancy dress as ghouls, mummies, vampires and witches.

There was also a baking competition with entries including spider cakes and brownies.

Deputy Mayor David Eggleton, who is the chairman of the association, said: “Obviously, we’re all changing the way we do things because of covid.

“We thought that people couldn’t go out trick or treating but that they might want to do some fancy dress and baking at home.

“It was amazing seeing what people could create.

“Next year we could do this as well as trick or treating because it brings the community together.

“It’s like anything new, it always starts small but it could turn into something spectacular.”

All the participants were presented with chocolate donated by the Tesco and Sainsbury’s stores in Henley.

Councillor Eggleton thanked the businesses and everyone who took part in the competitions.