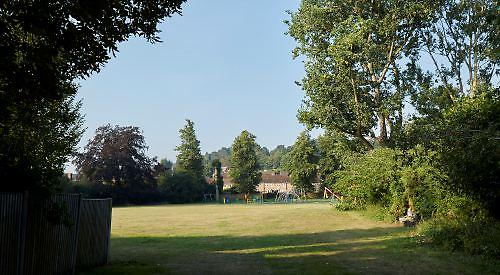 It means the 1.2 hectares of land off Fair Mile is protected from development.

The idea was first suggested by the Friends of Freemans Meadow, a residents’ group, more than two years ago.

The land, which has been used as a recreation green for more than 60 years, is owned by Henley Town Council, which registered it as a town green with Oxfordshire County Council.

It is used by dog walkers, families and, most recently, by residents during the coronavirus pandemic for socially distanced meetings.

The designation was progressed by Friends members Tony May and John Carrell and received the full support of the council.

Mr Carrell, retired partner at a London law firm, and Mr May set about identifying a law firm that had the relevant experience to resolve some legal issues.

“It was a pleasure to see this project through and it is a great example of the council working with local people.

“This year, more than ever, we treasured our outdoor spaces and it is wonderful to know this land is protected for the enjoyment of future generations of Henley residents.”

A spokesman for the Friends said they were very happy with the designation.

Freemans Meadow was bought by the council in 1955. Two years later, part of the land was sold to developers of Fairmile Court.

Last year, the children’s play area at Freemans Meadows was refurbishment. The town council spent £70,000 on new equipment and resurfacing the playground.

Fencing around the playground provided a dog-free area where families can sit and watch children play or enjoy the meadow.

The Friends group wanted to make the area more attractive while ensuring it remains a tranquil place for residents to enjoy.

• Gillotts Corner Field, off Greys Road, was designated a town green in 2009 following a campaign by residents and councillors to protect the area from development. It is known for its wildflowers and is popular with dog walkers and families.