Blown away by variety of buildings on doorstep 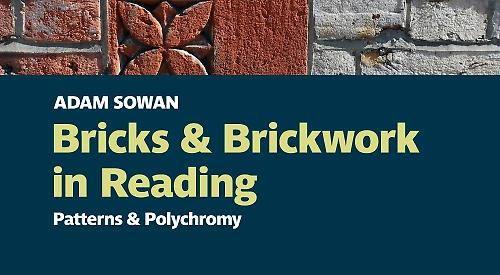 IS it possible that a book entitled Bricks & Brickwork could be totally absorbing and illuminating? The answer is, emphatically, yes. When I received the book I was expecting a rather boring tome.

However, within a few minutes, that assumption was blown away. It is totally absorbing and informative. The descriptions are brief but educational and readable. It is also accompanied by superb photographs.

Even to someone like me, who was involved in architecture throughout his working life, the variety of brickwork used in the construction of the exteriors of houses, garden walls and public buildings is amazing.

The response to this is that one begins to walk around and take notice of the type of bond used on the houses within the area one lives, particularly if built before the 20th century. There are photographs of Reading town hall, together with fascinating text about its history from 1785 to 1882 when a competition was held for an extension.

The architect who finally won was also the judge, who just happened to be the architect of the estates owned by Reading’s MP. In Caversham Court Gardens there is an example of a crinkle-crankle garden wall which may be a phrase you have not heard before. It is accompanied by a brief but interesting explanation of what that type of wall is used for. There are other examples included in the book.

A terracotta finial in the shape of a dragon is of special interest. The reason I mention this is that a similar effigy of a dragon graces the front of the ridge on a building within a stone’s throw of the Henley Standard offices. Interestingly, the building, which was once an hotel, is now named after the effigy.

I hope readers will be challenged to look carefully at buildings in Henley and surrounding villages, just to prove that Reading does not have a monopoly on interesting bricks and brickwork. Perhaps someone would like to take up this challenge?

To buy a copy of this book, which I thoroughly recommend, visit www.tworiverspress.com or order it from your local bookshop.