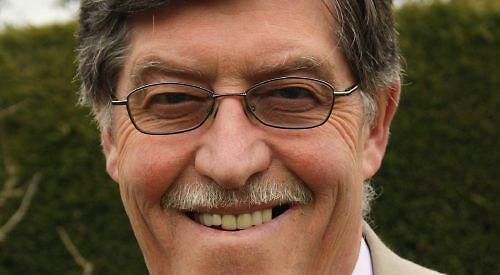 PLANS to extend a house in Henley have been scaled back following objections by neighbours.

Catherine Notaras has revised her planning application for more living space at her three-bedroom detached property in Elizabeth Road, which she shares with Henley town, district and county councillor Stefan Gawrysiak.

She still wants an annexe near the northern boundary, which would house a bedsit with a bathroom and kitchen-diner on the ground floor.

There would be a fourth bedroom with an en-suite bathroom on the first floor, along with another bathroom, plus new dormer windows in the loft.

But Ms Notaras has scrapped her plans for a detached garage and carport, which would have gone at the southern and northern boundaries respectively, and new entrance gates for the former.

There were concerns that this amounted to overdevelopment and the gates could harm a tree on the street.

Ms Notaras has also shrunk the size of the proposed front dormer windows and proposed a shallower hipped roof for the extension instead of a gable-ended one, which next door neighbour Debbie Mason feared would cast her home into shadow.

Neighbours say the new plans are are an improvement but are still concerned.

David and Mandy Sadler, of Greys Road, say more off-street parking is needed to prevent future occupants parking in the road, which is already congested at times.

“There is plenty of room in front of the house for an off-road parking area,” they say. “It has very significant gardens to the rear so the small loss of front garden space would have little impact.”

The couple say dormer windows should not be allowed as no other house has them and they would overlook their bedroom.

The Sadlers explain: “The impression is that the dormer windows are to allow... future occupants to create further bedrooms or living space in the attic. Were this to happen, the house could become as large as seven bedrooms. This strikes us as significant overdevelopment.”

Phil and Judy Perry, who live opposite, say: “If consent is approved for dormer windows, it enables rooms to be created in the roof later without the need for further approval.

“These proposals don't seem to meet a reasonably expressed need and are less than straightforward.”

Mrs Mason is opposed to the application on multiple grounds, including closeness to her home, too little parking and fears about the planned use of the loft.

She wants a planning condition in which the annexe couldn’t serve as a separate household. She adds: “This application does not meet the evolving needs of the residents, who are retired with no elderly parents planned to move in.”

Henley Town Council has declined to comment, saying it couldn’t reach an objective conclusion because of the link with Cllr Gawrysiak, who has excluded himself from all discussions.

The application will be decided by South Oxfordshire District Council’s planning committee, of which Cllr Gawrysiak is an occasional substitute member but will play no part in the decision.

A decision was due by the end of last year but deferred when the plans were revised.

Last month, Mrs Mason criticised Cllr Gawrysiak for opposing her application for a smaller single-storey rear extension, saying she was given no notice of Ms Notaras’s plans.

The town council initially asked the district council to reject Mrs Mason’s scheme but supported it a few weeks later, saying it fell only narrowly outside permitted development rights where no application is needed.