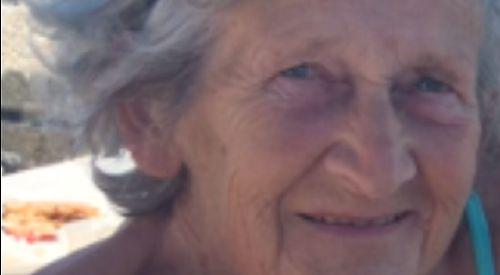 A HENLEY community stalwart who campaigned for the town’s swimming pool to be built has died, aged 90.

Mary Aldred was part of a pressure group which successfully lobbied for the new facility at Henley leisure centre, off Gillotts Lane, in the late Seventies.

The mother-of-two, who lived locally for most of her life, also ran a Brownies group for several decades and was involved in lifesaving initiatives both indoors and on the River Thames until she was in her eighties.

She was honoured for her contributions in 2009, when she was presented with the Henley town medal.

Mrs Aldred, an only child, was born in north Wales to Reg and Alice Cox, who moved to Dairy Lane, Hambleden, when she was very young.

Her father served as butler to Viscount Hambleden, who then owned most of the village, and she vividly recalled rationing, wearing gas masks and the constant threat of air raids during the Second World War.

She sang in the choir at St Mary the Virgin Church and attended the village school before being awarded a scholarship to Henley Grammar School, which she left aged 16. In her late teens she joined the Henley Sea Rangers, a female cadet group, which instilled her with an enduring love of the water.

Mrs Aldred’s first job was as a laboratory assistant at RTSA, a textiles company in Pack and Prime Lane, Henley, where she made a number of lifelong friends.

She met her husband David, a computer technician in the Royal Air Force, at a dance at Hambleden village hall and they married in Malta, where he was posted, in 1955.

She spoke fondly of living on the island for a couple of years, where they kept dogs. On returning to Britain, they stayed at two airfields where their daughters June Buckett, now 63, and Yvonne Gale, 60, were born.

The marriage ended in the early Sixties and Mrs Aldred returned to Henley with the children, first living at Swiss Farm and then to Luker Avenue, where she remained for the rest of her life.

She never moved because she knew so many people and loved her garden, where she would feed birds, deer and a silver pheasant which frequently visited. She initially returned to RTSA then later worked as a postwoman.

She remained an active member of the Trefoil Guild for retired leaders on stepping down in the Eighties.

She backed the pool campaign because Henley had no indoor facility and the only swimming venue was the town’s outdoor baths off Wargrave Road, a shallow, fenced-off section of the River Thames which couldn’t be used in winter.

After the pool opened, Mrs Aldred taught lifeguards as a member of the Henley Life Saving Club and became involved with the RNLI and the Thames Rescue Service, whose volunteers patrol the river during major events like Henley Royal Regatta.

She kept up her duties until about a decade ago, when she could no longer climb in and out of boats, and enjoyed good health before dying peacefully at home.

Mrs Gale said: “She was involved in so many activities and got a lot of satisfaction from them. She didn’t particularly enjoying socialising or putting herself at the centre of attention but she loved to be a part of things and did an awful lot quietly.

“She felt lucky to have so many friends whom she’d known for so long and she lived a very full and rewarding life.”

Mrs Aldred’s funeral will take place at Reading Crematorium at 2.30pm on Tuesday. Attendance is limited because of coronavirus restrictions. The procession will drive slowly past Henley town hall between 1.20pm and 1.30pm in her honour.

Anyone wishing to view the ceremony remotely should contact funeral directors A B Walker. Donations to the Henley RNLI would be welcomed.