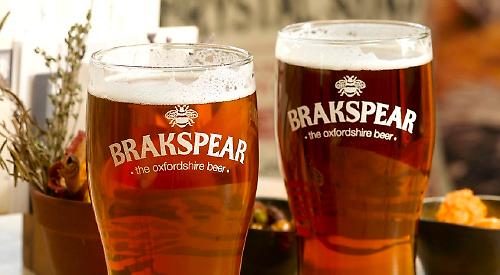 PUBLICANS are against the idea of mandatory covid passports for customers.

They say these would be difficult to enforce and could heavily restrict their trade when they re-open, given that most younger people will not have received a jab by then.

The Government is considering the idea to curb the spread of coronavirus as the hospitality industry prepares to get going again from April 12 with outdoor service only. Indoor service is due to resume on May 17.

Customers may be required to show their vaccination card or a certificate or that they have had a negative test and Boris Johnson has said pubs might have to monitor this.

Melanie Roberson, who runs the Saracen’s Head pub in Greys Road, Henley, with her husband Colin, said: “Licensees are up in arms about it because we have to deal with so much already and this would be another thing.

“I will do whatever the Government says but I would rather it didn’t happen. We would have to have someone standing on the door checking people as they come in and it would make life very hard. Our crowd are in the younger group, who come to watch the sport, but they won’t have been vaccinated yet.”

Peter Fisher, manager of the John Barleycorn in Goring, said a passport scheme would damage his trade. He said: “It’s depriving the younger generation of the ability to come to the pub because they won’t be able to get an injection until July and the older generation won’t necessarily venture out because they’re still a bit scared.”

Mr Fisher, who took over the pub in August, added: “I do feel that pubs have been victimised. You’ve got coffee shops open but you can have a coffee at home.”

He said: “It isn’t practical and it is going to affect pubs because some people won’t want to provide that information. Instead of helping us and getting the economy going again, all it will do is stop us.

“All the changes have been very difficult and although we are compliant, we don’t always understand the theory behind them. We just have to go along with it.”

Owen Hardy, who runs the Horns pub in Crazies Hill with his fiancée Jade Jeffries, said: “I think it is a terrible idea. It won’t help the industry one bit. For a start, none of the staff will have had the vaccination because everyone who works here is under 30. I’m sure that will be the case for most of the industry, so it doesn’t make any sense. Why you would say you can’t come in and drink but the staff can be here?

“Everyone wants to be as safe as possible but after the year we’ve had you can’t believe that anyone is making enough money to be in a position where we can turn people away.”

Max Pauling, who runs the Prince Albert in Freith, said: “A lot of youngsters won’t have had the jab, so there is no way they can come in.

“Don’t get me wrong, a lot of our customers are older and will have had their jab but they come as families and if they can’t all come then they won’t bother.

“When you are trying to serve people, having to monitor as well would be difficult. People would say they don’t carry the passport with them, or they’ve left it at home.”

Jayne Worrall, landlady at the Bull pub in Wargrave, said: “Having somebody standing at the door wouldn’t be viable because that means taking on another member of staff.

“I can understand the thinking behind it though. After having a year of turmoil, everyone is keen to get rid of this confounded illness once and for all.”

Dan Wilson, who runs the Bird in Hand in Sonning Common, would accept the introduction of covid passports.

“If they make it law and every single pub has to enforce it, then that’s fine. I don’t see it working if you leave it up to individual pubs and put the responsibility on them.

“One thing we’ve learned during the last 12 months is that customers become compliant very quickly and everybody who has come here, with very few exceptions, understands and obeys the rules without complaint.”

Linda Till, who runs the Perch and Pike in South Stoke, said: “If it meant that we could operate without any other restrictions, I think we would quite like the idea.

“However, quite a lot of people who come here won’t hae had their vaccination by the time they need it.”

Tom Davies, chief executive of Brakspear, said: “Publicans have got enough on their plate trying to
re-open their businesses profitably with the restrictions they have in place. They’ve already spent a lot of time and money making sure that our sites are covid-compliant.

“For the Government at the last minute to try to push this one on to us is madness, quite frankly.

“I think they threw it out to see what the reaction would be. We shouldn’t be expected to police our sites.”