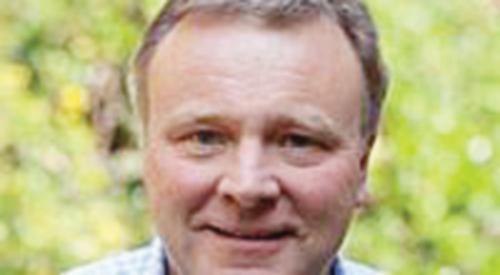 A DOCTOR from Henley says people’s health will suffer and there will be more disease unless firmer action is taken to tackle climate change.

Philip Unwin, a partner at the Hart Surgery off York Road, said this would result in more pressure on the local health system by which time the situation would be irreversible.

He said: “It needs a big change in Government policy to make a difference.”

Dr Unwin is the latest leading figure in the town to speak out in support of the Climate and Ecological Emergency Bill, which is due to have a second reading in the House of Commons later this month.

He said: “You hope it won’t affect your life but I feel we are almost getting to the stage where we have to do something in order to make a difference.

“It’s very difficult for some people but if everybody did something it would be much easier.

“Clearly, it affects countries where there is extreme weather. It’s about people struggling due to crop failure and starvation. Global warming affects those people who are poorer.

“If we look at Henley, we are seeing more floods and extreme weather but nothing that affects our health particularly. We are relatively well protected.

“By the time that we, in our very privileged and protected situation, start to feel the health effects of climate change, it will have gone too far and will be irreversible.

“We had a crisis with covid and the whole country came to a standstill but climate change is a much bigger problem. It is still not high enough on the political and social agenda.”

He believes the proposed legislation is flawed and says the Government has already put targets in place to achieve carbon net zero and reverse the impact on nature.

Supporters claim the bill would “provide a framework for decarbonising the UK economy” and make it a legal requirement for the Government to commit to measures that limit temperature increase to 1.5 degrees above pre-industrial levels.

Dr Unwin, who has worked at the Hart Surgery for more than 30 years, says the link between climate change and health should not be underestimated.

He said: “There is no doubt that if the current climate trend continues, we will see increasing disease patterns and health conditions directly linked to the climate and ecological emergency with resulting pressures to our health system here in Oxfordshire.

“I’m not an expert in climate change, but I feel quite strongly that we should do as much as we possibly can. It needs a big change in Government policy to make a difference and to achieve the targets that they have set is going to be really difficult.

“Henley making a big effort could be a good model for other towns to follow and I think we should be doing as much as we possibly can.

“I have stopped a lot of the wastage that we had at our house. I drive an electric car and we try hard not to use fuel unnecessarily.”