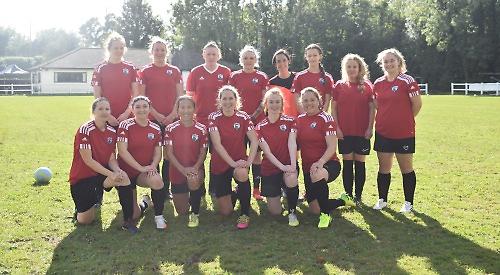 HENLEY Town Ladies were left clinging on to the top of the Thames Valley Development Division after their winning streak came to an abrupt end against Shinfield Rangers on Sunday.

Both teams came out fighting. Henley drove into the opposition half but they were met by a solid defensive line.

But play continued after the ball struck the post, although moments later the visitors capitalised on the loose ball and struck a shot into the top corner.

Henley fought back and pressed high. Chances came for Chloe Rogers after two Henley corners but she could not find the net.

Then another Shinfield breakaway and another long ball beat Henley’s goalkeeper Kati Friend to give them a 2-0 lead at half-time.

After the break, the players on both sides showed the same intensity and Friend did well to save a free kick on the hour mark.

Henley worked hard down the left wing and Lottie Willson made several meaningful runs and created a long-range chance for Georgia Hill.

Finally, an impressive exchange between Lou Colam and Eliza Carpenter found Natalie Rump and a goal for Henley.

The final 20 minutes was hampered with stoppages for injuries but both sides had chances. Shinfield sent two free-kicks over the bar when well placed.

A final goal came for Shinfield in the last 10 minutes of play and defeat leaves Henley top of the league on goal difference.

• JOSIE MARDEN scored a brace as Goring United Ladies ran out 3-2 winners against Yateley United. Rebecca Dixon was their other goal hero.