Bank to close due to lack of visitors 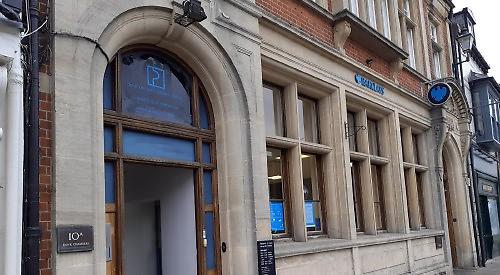 ANOTHER bank in Henley is to close.

Barclays in Hart Street will shut on Wednesday, March 2 next year.

The bank blamed a slump in counter transactions.

It said just 40 regular customers used the branch exclusively for their banking and did not use any of the bank’s other services.

A Barclays spokeswoman said: “The decision to close a branch is never an easy one.

“However, customers are increasingly using alternatives to branches to do their banking. As a result, we are seeing a sustained fall in branch visits across the UK.

“This is reflected at the Henley branch where there has been a 21 per cent reduction in counter transactions in the two years to March 2020.

“In addition, nearly nine out of 10 of our customers at the branch are also using different ways to bank.

“We will work with our customers and provide alternative options to ensure they can continue to manage their money and receive financial expertise when required.”

The spokeswoman said all customers would receive a letter explaining the decision and alternative ways of using the bank. The nearest Barclays branch will be in Broad Street, Reading.

She said Barclays did not intend to make any staff redundant and they would be offered alternative roles elsewhere.

In January 2014, the bank said it had no plans to close despite the building’s owner Frederick West seeking to convert the premises into a bar and restaurant in case it did shut.

The bank had a lease on the premises until last year and at the time the building had only recently been refurbished.

Last month, Lloyds Bank in Reading Road closed due to “significantly fewer” transactions over the past five years.

The Halifax bank branch, which was in Bell Street, and Santander, which was in Duke Street, both closed in 2019 due to falling customer numbers.

The TSB bank in Goring high street closed in 2017.