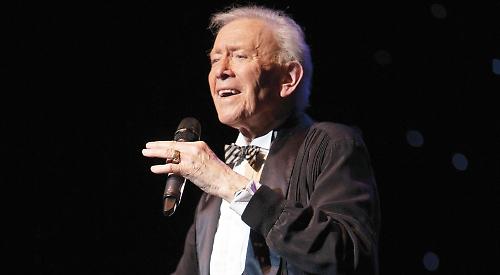 VETERAN singer Vince Hill has not lost his sense of humour as he recovers from a stroke.

As the Henley Standard reported two weeks ago, the 87-year-old is back home in Shiplake and having physiotherapy as he prepares to hopefully make one last stage appearance.

Coincidentally, his assistant Pauline Buckett suffered a stroke only a week after him back in August and they ended up in neighbouring wards in hospital.

Vince said he was relieved she was okay but couldn’t help adding: “She just didn’t want to feel left out.”