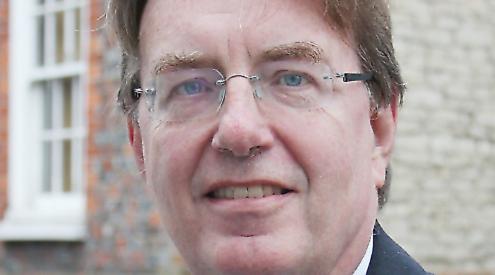 JOHN HOWELL has been sanctioned by Russia after publicly condemning its invasion of Ukraine.

The Henley MP has regarded the move, which means he is unable to enter the country, as a “badge of honour”.

Mr Howell has not officially been told why he has been sanctioned but believes it is down to his work in getting Russia removed from the Council of Europe.

He said: “You are talking to a sanctioned member of Parliament, and I am absolutely delighted. It is the biggest badge of honour I have ever had.

“The Russians have clearly found an old parliamentary list, probably from 2017, as they have decided to sanction a whole bunch of people, some of whom aren’t currently members of Parliament, people like Dominic Grieve.

“This just gives me more confidence in that Russia is not doing well in their war with Ukraine if they can’t get a correct list of parliamentarians right.

“While I am banned from entering Russia, I have no intention of ever going back there.”

Mr Howell is currently in Strasbourg with the Council of Europe which is discussing how to make sure Russia can be held to account for the genocide in Ukraine.