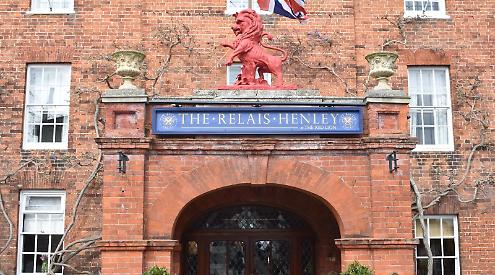 A NEW private members’ club has been launched in Henley aimed at entrepreneurs and innovators.

Called The Salon and located at the Relais Henley in Hart Street, it has been set up by hotelier Grace Leo for people wanting a co-working space and the opportunity to network with like-minded individuals.

She has drawn up a programme of breakfast speakers, which began on Wednesday with Simon Foy, former head of homicide and serious crime command at the Metropolitan Police, who discussed “The contemporary challenges of policing”.

On May 26, Mark Turnbull, a political campaign and conflict transformation specialist, discuss whether democracy can survive a digital revolution.

On June 23 Sam Olsen, founder of Evenstar, which provides political risk and business intelligence for the Indo-Pacific region, will discuss “China: beyond the myth”.

Evening events include one with Lord Hall, former BBC director-general, who lives in Henley, on May 19.

On June 8, Nc’nean Whisky will host an evening of music and cocktails.