'Idling diesel vehicles, not HGVs and buses, are to blame' 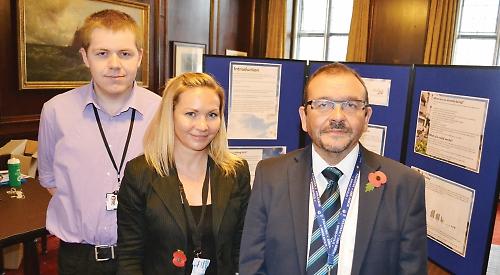 IDLING diesel vehicles are the main cause of Henley’s air pollution problem, according to a council official, writes David White.

Claire Spendley said heavy goods vehicles and buses were not the main polluters and a low emissions zone would not work.

Miss Spendley, an air quality officer with South Oxfordshire District Council, was speaking at a public consultation meeting on her council’s low emissions strategy at Henley town hall on Saturday.

She said: “A lot of people do think HGVs and buses are a bigger problem than they are.

“In Henley specifically HGVs and buses don’t contribute that much of a problem. Some of them are of a cleaner standard and are not as dirty and there’s not enough of them.” Miss Spendley said the main causes of air pollution were idling cars and the historic design of the town.

“You have got an ancient town with three-storey buildings very close to the pavement, which creates a canyon effect for the pollution,” she said.

The council says it is working on a number of initiatives to improve air quality, including the installation of electric vehicle charging points, parking permit incentives for green vehicles, a feasibility study for a freight consolidation centre and freight quality partnerships and taxi licensing incentives on green vehicles.

Other steps include improved use and enforcement of traffic regulation orders, a review of the council and contractors’ fleet, eco driver training, air quality planning guidance, awareness, behavioural change and community projects, a “park and stride” campaign and another encouraging drivers to cut their engines while waiting at traffic lights.

The council is also proposing new planning and procurement policies to deliver a long-term vision of reducing emissions from transport, an electric vehicle uptake target of two per cent by 2020 and a low emission behaviour change campaign.

Miss Spendley said people who visited the consultation event were “generally supportive” of its plans.

David Dickie, a member of environmental campaign group Henley in Transition, agreed that diesel vehicles were the main contributor to pollution but said a low emissions strategy was still “vital”. He said: “HGVs and buses have still got to be managed and also taxis. If you ask how many of these are actually contributing to reducing air pollution today you’d say none.”

“What we should do is collate the specific evidence and agree what is producing the pollution so we can target that vehicle group.”

Paul Holland, the district council environmental protection manager, said there were no “big, quick fixes” but added: “The politicians wanted us to speak to local businesses in Henley and residents to see if there are any other options.”

The feedback from the consultation will be considered by the council’s licensing committee next year.