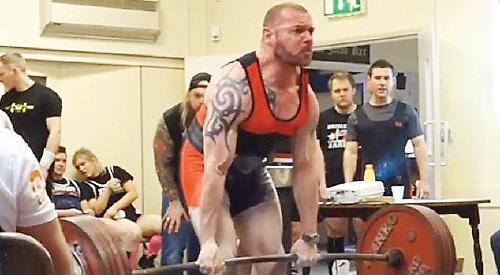 A HENLEY weightlifter gained four British records at the recent Global Powerlifting Committee GB finals held at the Co-operative Academy of Manchester in the M1 class (41 to 44 years) in the under 75kg weight category.

Kinghorn, a civil servant who has lived in the town for almost 30 years has been lifting for 20 years after a fellow competitor suggested he join him for a session at his gym. The 43-year-old, who is part of the Darkside Barbell team who train together, competed in his first competition in March this year in the deadlift only category in Maidenhead. At that time Kinghorn was recovering from a shoulder injury so was limited to the lifts he would be able to compete in. On that occasion he pulled 250kg, which was a British record.