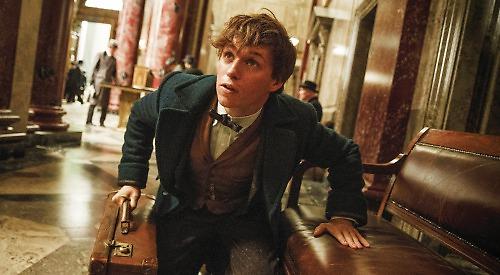 THE name JK Rowling is synonymous with the magical world of wizardry portrayed in the hugely successful Harry Potter series.

Many, I’m sure, will be tempted to roll their eyes and thank me sarcastically for pointing out the obvious.

But the author’s success, and indeed reputation, are on the line here as she takes a step away from Hogwarts and tries something different.

Achieving heights as Rowling has with such a popular character and genre inevitably brings high expectations from audiences and the desire for familiarity in any new projects.

Thankfully, Fantastic Beasts and Where to Find Them is inspired by Rowling’s book of the same name and, like Potter, requires viewers to suspend any notions of reality.

The fact that Rowling also wrote the film, in her screenwriting debut, will be welcomed by fans. Having the creator of the original work so closely involved in any attempt to transfer it to the big screen can only be a good thing. The genre too lends itself well to the format.

Weird and wonderful things can be done with CGI these days. A fictional world where magic is par for the course can be created with such convincing reality that audiences really do feel as if they have been transported there.

Eddie Redmayne (The Theory Of Everything) stars in the central role of wizarding world magizoologist Newt Scamander, under the direction of David Yates, who helmed the last four Harry Potter blockbusters.

The film opens in 1926 as Scamander has just completed a global excursion to find and document an extraordinary array of magical creatures. Arriving in New York for a brief stopover, he might have come and gone without incident were it not for a No-Maj (American for Muggle) named Jacob, a misplaced magical case, and the escape of some of Newt’s fantastic beasts, which could spell trouble for both the wizarding and No-Maj worlds.

Having Oscar winner Redmayne on board is undoubtedly a coup, but it’s unlikely the sheer range he displayed in both The Theory of Everything and The Danish Girl will be called upon here.

What viewers can expect though is pure escapism — something we all need in the lull before Christmas.

Fantastic Beasts and Where to Find Them is showing at Henley’s Regal Picturehouse from today (Friday).