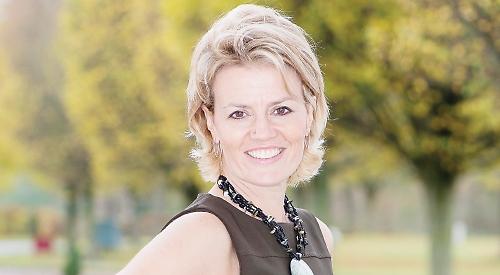 THE organiser of the Henley House and Garden Show has pulled the plug on next year’s event.

Interior designer Niki Schäfer says the third show, which was due to be held on May 20, will now be held in May 2018.

The first show was held in March 2015 and then the same month this year.

Mrs Schäfer, of Walton Avenue, Henley, said she needed more time to run her own business and organise the event.

She said: “I want to be able to support local businesses but at the same time I’m a businesswoman and it takes more than 400 hours of my time to run the show.

“It doesn’t come together in a couple of months — it’s six months’ work.

“I’m not calling it a day, I’m just taking a strategic decision to do it every other year as it takes a lot of energy.

“I need to focus on my business and work for some clients before I hand over all my energy to other people.”

Thousands of people attended each of the first two shows, which were held in venues around the town centre over a weekend and featured more than 60 trader stalls, workshops and talks.

Mrs Schäfer said: “For certain local businesses it worked really well so they will now be disappointed.”

She said she had experienced a few “wrangles” with the administration of the event, adding: “It was things like permits and paperwork.”

The 2018 show will once again be held in the town centre and will run across two days and have a “green” element to it.

There will be an “ask the expert panel” where visitors can seek advice on subjects such as planning or how to redo their garden or transform their home.

Mrs Schäfer said: “I don’t want to do it in March again as you start telling people in September there’s a show and building up interest and sponsors, then people go into Christmas and you have to drum up all that interest again afterwards.”

She said she also wanted to build a relationship with new town manager Helen Barnett. “Henley’s a festival town,” she said. “We have got music, rowing, literature, youth, vintage, we have got all of these fantastic things and the homes and gardens sector just fits in very nicely.

“Visitors can expect quality, creativity and craftsmanship. This is something I very much want to continue but it has to fit in with my business. I truly believe in doing something for the town and supporting the businesses and charities of the town.”

Mrs Schäfer still plans to hold a fund-raising event, possibly a ladies’ lunch, at Henley rugby club on May 20 next year.