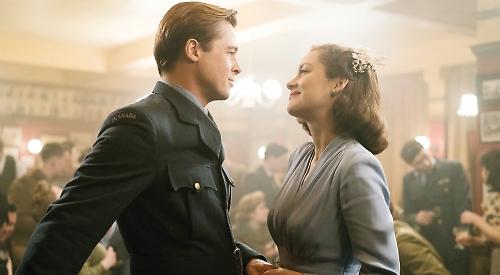 NO one tells a story with flair and originality quite like Robert Zemeckis.

Here is a director whose filmography spans genres of all kinds — from adventure capers like Romancing the Stone and Who Framed Roger Rabbit to the now revered
sci-fi comedy Back to the Future trilogy.

Zemeckis has even dabbled in horror in What Lies Beneath and animation in The Polar Express.

But it’s in character-driven stories that his greatest strengths lie — think survival drama Cast Away, the story of a troubled pilot in Flight and his magnum opus Forrest Gump, which recounts the life of his slow-witted, yet kind-hearted protagonist of that name. All of which bodes well for his latest stint in the director’s chair with Allied.

The film tells the story of intelligence officer Max Vatan, played by Brad Pitt, who in 1942 North Africa encounters French resistance fighter Marianne Beausejour (Marion Cotillard) on a deadly mission behind enemy lines. Reunited in London, their relationship is threatened by the extreme pressures of war.

The romantic thriller is new territory for Zemeckis, but the director has the advantage of yet another highly watchable leading man at his disposal.

Like Tom Hanks and Denzel Washington, a Pitt performance is usually worth the price of admission alone.

Cotillard shouldn’t be forgotten here either. The Oscar winner can turn her hand to almost anything and has achieved success in biopics — winning her Academy Award for her unforgettable portrayal of French singer Edith Piaf in La Vie en Rose. Any film that is relying on an original script, as Allied does, needs someone with the credentials to keep audiences gripped.

Steven Knight is handed the task here and his fine work on the gangster film Eastern Promises and, in particular, the highly successful BBC series Peaky Blinders, means this is good news indeed.

His efforts in capturing Birmingham post-First World War were spot on, and his writing should be credited as much as, say, Cillian Murphy’s performances for the show’s success.