'Film within a film' has an animal magic 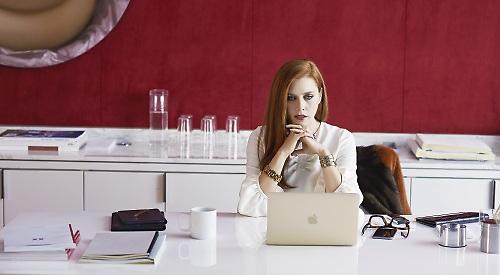 But catwalk doyen Tom Ford has carved out his own niche in the movie business and received critical acclaim for his debut, 2009’s A Single Man, starring Colin Firth.

Its leading man was nominated for an Academy Award for best actor for his portrayal of George Falconer, a depressed gay British university professor living in Southern California in 1962.

Its exploration of love, relationships and mortality will therefore stand Ford in good stead for his second outing in Nocturnal Animals.

But make no mistake, this is a world away from your typical paint-by-numbers romantic thriller and explores the thin lines between love and cruelty, revenge and redemption.

LA gallery owner Susan (Amy Adams) unexpectedly receives a manuscript from her unsuccessful novelist ex-husband (Jake Gyllenhaal), and she reads it while her current hubby (Armie Hammer) is away on an adulterous weekend.

The novel then becomes a film within a film, in which Gyllenhaal goes on a road trip with his wife (Isla Fisher) and bratty daughter (Ellie Bamber) and is menaced by a redneck gang led by a vicious Aaron Taylor-Johnson — events subsequently investigated by an icy local cop (Michael Shannon).

The denouement of writer-director Ford’s complex and riveting follow-up has considerable shock value, as the motives of all concerned are called into question, subtly undermining the world of moneyed entitlement they inhabit. Adams, Gyllenhaal and Shannon all deliver career-best performances, but scene-stealing turns from Laura Linney and Andrea Riseborough are equally impressive.

Those wanting to spend two hours in the cinema enjoying a piece of meaningless escapism will need to look elsewhere as this double-layered narrative and intense plot will certainly challenge audiences.

The wealth of talent in Ford’s cast will also, I’m sure, result in several nominations at next year’s Oscars.