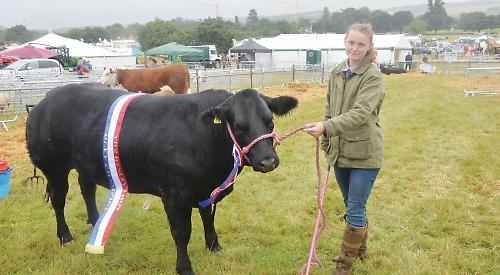 TOWARDS the end of the 19th century it was the fashion for landowners and their tenants to create their own agricultural societies.

Henley, however, was conspicuous in not having its own association.

Richard Ovey, of Badgemore, who was considered to be a visionary and courageous landowner, decided to go it alone and founded an association in Henley despite intense competition from established ones.

He held a ploughing match on his own Hernes Estate in the autumn of 1892.

He was encouraged by his friend William Anker Simmons (of Simmons & Sons estate agents), who was later knighted for his services to agriculture.

As well as the ploughing, there were classes for rick building, thatching, shepherding, butter, poultry, eggs and collections of vegetables at the event.

The edition of the Reading Mercury of September 10, 1892 reported: “Mr Ovey, of Badgemore has set a fine example by offering prizes for good ploughing and rick-building in this neighbourhood and it is hoped that his ploughing match at Hernes Farm next Thursday will be as successful as it deserves to be. There is too little inducement in these days for farm labourers to become proficient in their work and any steps in this direction must be a considerable benefit.”

In 1898, Mr Ovey held a public meeting to discuss broadening the association’s events and in September the following year the first expanded Henley Show was held on his estate.

Mr Simmons was the association’s first honorary secretary, thus starting the long association between the Henley and District Agricultural Association and Simmons & Sons.

The show, which is now traditionally held on the second Saturday in September, has been held annually except during the two world wars and in 1952 when it was cancelled due to an outbreak of foot and mouth disease.

Lady Brunner, who was president that year, was asked to stand again in 1954.

The Henley Show has been held at a variety of venues — in the early days quite often on that year’s president’s land.

For the past 16 years, it has been held at Greenlands Farm in Hambleden, which is much admired for its beautiful setting.

Unlike many other traditional agricultural shows, the Henley Show has continued to go from strength to strength in recent years.

It has been described as “the best one-day agricultural show in the country” and is now the last remaining one in Oxfordshire.

At its heart are 700 members and a dedicated band of volunteers who form the association’s committees and provide the majority of the show officials.

Why not become a member and part of the show’s continuing history? It’s easy to become a member of the Henley and District Agricultural Association. Single membership costs £15 and entitles you to a member’s badge for the Henley Show.

Children aged over 12 require a badge to enter the members’ enclosure. They can also buy guest badges (£10) on show day to go into the members’ enclosure to see if they like it. To apply for membership, you can download an application form with a standing order mandate from the show website, www.thehenleyshow.co.uk or request a form from association manager Jo Taylor by calling (01491) 413619 or emailing her jo@thehenley
show.co.uk