Looking after our countryside is important 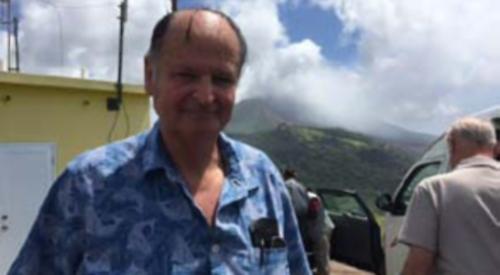 I AM honoured to be the president of Henley Show for 2017.

I have been involved in agriculture since I was a child, working on the family farms and enjoying my favourite pastime — shooting.

After attending Stowe, I worked on a fruit farm in Worcestershire until going up to read Agricultural Science at Worcester College, Oxford. After graduation I worked on a dairy farm in Sussex until I took over the tenancy of Portobello Farm at Christmas Common on my family’s estate.

There I farmed beef and sheep and my hobby of shooting led me to set up a game dealing business, which I later expanded to include distribution of meat and fish to restaurants and other commercial enterprises, from Le Manoir aux Quat’Saisons to Gabriel Machin in Henley. I continued to run this business from Shirburn Castle when Sandy and I moved here after the death of my father.

In 2004 I retired when we moved to North Stoke, where we live today.

The difficulties farmers face today are evidenced by the declining numbers entering or staying in the profession. It is a harsh environment and it is only the love and compassion for the animals and the countryside that preserve it.

Challenges are great and in order to preserve the countryside we must all make those not so fortunate to live and work in rural areas aware of the difficulties and benefits.

The Henley Show, under the expert guidance of the Henley & District Agricultural Association, embodies all that is good in farming and conservation. In my presidential year, I hope we can continue to educate the non-farming community in the benefits accruing to them by farming and the importance of agriculture in the continued stewardship of the countryside.

In recent years the success of the reintroduction of red kites into the countryside has led people to think of this as a mistake.

However, they are an intrinsic part of the nature of the rural scene and it is important to focus on this and avoid the “fake news” of recent times.

Nature can be cruel, as we have seen on the recent series of Planet Earth, but it is all part of evolution.

I believe that the more the public are aware of the difficulties and benefits of the stewardship of the countryside by farmers, the more they will appreciate what it offers.

The best way to make the public aware is by increasing the membership of the association and the attendance of the Henley Show.