French boat enthusiasts get a flavour of the Thames 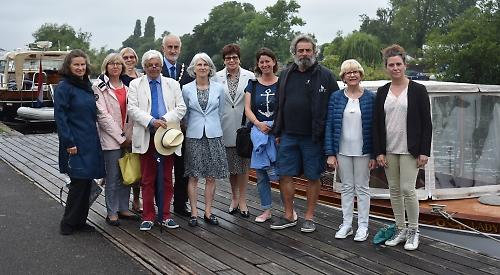 Organisers of the biennial Festival de Loire d’Orléans, which will take place in September, selected the Thames as its “guest” river for the event. Boaters from the Henley area will have a tent at the festival celebrating the history of their river.

The museum hosted an informal lunch, where Henley boat owners met French dignitaries and shared stories about the different events.

Museum director Sarah Posey said: “It was an opportunity for our French guests to meet some of the people who have been involved in organising the Thames-related items that will be featuring at the festival.”

Eighteen British boats will be used during the festival, including 12 from the Thames.