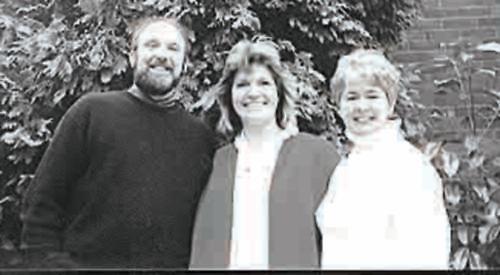 ORGANISERS of the Henley Youth Festival are seeking people’s memories of the event from down the years to mark its 25th anniversary next year.

They are asking for past performers, parents or organisers to recall shows, events or memorable moments which it’s hoped will form an exhibition and possibly a book.

“Celebration” will be the theme of next year’s festival, which will run from March 10 to 18.

There will be music, drama, dance and song, education and sporting activities and art and writing competitions that will involve thousands of children.

Organisers hope to include some element of the anniversary in all the events.

The festival’s biggest event will be a gala night at the Kenton Theatre on Saturday, March 17, when past and current performers will take part in a special performance.

Jo Dickson, who co-chairs the festival, said: “We really want to mark the 25th anniversary in a special way and want the young people of Henley to be involved as well as inviting back as many past performers as we can find.

“We would love to see artwork, films and performances that celebrate an event, a person, a special occasion or a fantastic achievement. We are hoping that everyone will be inspired by the theme and will have fun with it.”

Co-chair Kate Swinburne-
Johnson said: “We are working closely with the Kenton Theatre, the Mayor and many other groups to ensure that the festival is a success and as many young people are involved as possible.”

The festival was founded in 1994 by a group of parents who hit upon the idea of organising an annual festival to celebrate the talents of Henley’s young people.

Alfie Hay, who was then headteacher at Trinity Primary School, Janine FitzGerald and Felicity Rutland wanted to provide an opportunity for children and teenagers to become more involved with the performing arts.

Mrs Rutland’s daughter, Lucy, who performed in the early years of the festival, was appointed a trustee of the event in July.

She said: “As a child, I was very fortunate to take part in the festival.

“From singing Row, Row, Row Your Boat at the Kenton to taking part in other musical and theatrical workshops, the opportunities it allowed me as a child were immeasurably wonderful.

“To now be asked to be a trustee is an absolute honour and I’m still not sure I really believe it.

“It is especially lovely as it means there is a Rutland involved once more after my mother’s contributions when it started 25 years ago.

“I am so excited about next year’s festival and can’t wait to see all the exceptional talents the young people of Henley have to offer.”

For people submitting memories, these can be about a funny happening, preparing for a performance or your costume. Photographs of past performances would also be welcome.

The festival will be launched in all schools in Henley in January.