Special thanks for youth festival supporters 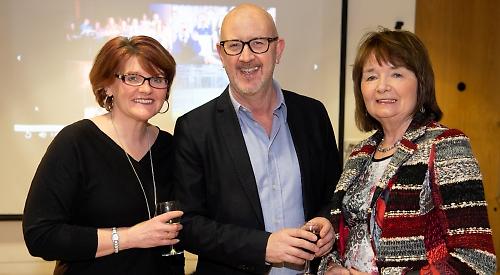 SUPPORTERS of the Henley Youth Festival attended a drinks reception.

About 40 guests, including trustees, sponsors and past performers, atteneded the event at the River & Rowing Museum on Monday evening.

They were welcomed by festival
co-chairs Jo Dickson and Kate Swinburne-Johnson, who thanked them for their continued support. A film of children performing at previous festivals was played.

The 26th annual festival will take place at various venues from Monday, March 4 to Sunday, March 17 and will feature workshops, performances and competitions in the fields of music, dance, art, film, creative writing and sport. It is open to all young people who attend or live in the catchment area of all schools in Henley and the surrounding villages as well as The Henley College.

The festival’s theme is “Dreams”, which was inspired by Shakespeare’s A Midsummer Night’s Dream.