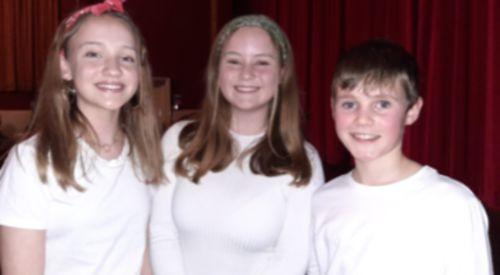 ON Friday, March 13 at the Kenton Theatre, home to many Henley Youth Festival performances in previous years, was the first ever Unplugged event.

This was a concert without backing tracks or electronics.

There was a range of performances from solo to group, piano, guitar, violin to opera and contemporary singing. Janette, who was helping to run Unplugged, said she loved hearing the kids perform.

Her daughter had performed and as a result Janette got more and more involved.

She worked alongside Lynne and several others to create a fun environment and an amazing concert.

Jill Day, one of the adjudicators who used to teach music, said she “loved seeing what young people can do”. She looks for enjoyment when they are on stage.

A lot of kids contributed, even if they were not performing. There was the backstage crew, film-maker Connor, 13, who volunteered after winning a film competition, and Archie Newman, the hilarious compère for the evening.

Several participants gave their opinions on the evening’s atmosphere and their thoughts on Unplugged. Nina Govett, from the Henley Music School saxophone and clarinet group, who was performing for the third time in HYF, said: “Unplugged is a great place to show off talents.”

Guitar soloist Eddie Pratt said: “It is a fun concert and it’s great to be a part of it.”

The Elizabeth Griffin Award was presented to 17-year-old Elenor Vockins for her community contribution to music.

After her beautiful performance, Elenor said she was inspired to create wonderful music after hearing Maria Callas sing.

It was so impressive to see people as young as nine go up and perform solo. It was also fantastic to see people performing their own pieces and even going up twice.