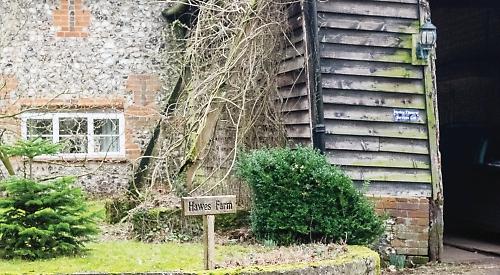 THE owners of this old brick and flint house in Assendon have been telling me about its curious history.

The timber-framed farmer’s cottage was built in the early 17th century with an unusual feature — a coffin chute.

This was to get a coffin from the upstairs bedroom to the adjoining barn as the stairs are too narrow and twisting to accommodate one.

The Grade II listed property is also supposed to have been where Charles I spent a night’s refuge on his way from Oxford to Henley while trying to evade Parliamentarian troops in 1646.

The road outside is named King’s Ride and further up the hill towards Fawley is an old tree called Charles’s Staghead, which does indeed look like a stag’s head.

According to legend, the farmer is said to have been hanged by Oliver Cromwell’s men for harbouring the King, so perhaps that coffin chute proved useful!