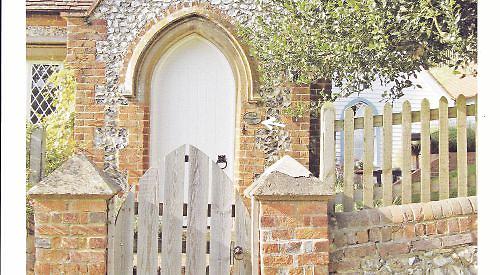 THIS week’s item has been contributed by a reader,
Mr R E Cooke, of Northfield End, Henley.

His photograph shows the old schoolhouse/keeper’s
cottage which is situated at the bottom of the bridleway leading down to Lower Assendon from Henley Park.

The white arrow points to a plaque stating that it received a Chilterns Buildings Design Award from the Chilterns Conservation Board and the Chiltern Society in 2003.

Mr Cooke says: “The bridleway was once the ancient drovers’ road which traversed the Thames Valley from all points west to reach the coast, mainly of Suffolk and Norfolk, for transportation further afield by easily accessible shipping in the days before more modern transport became the norm.”